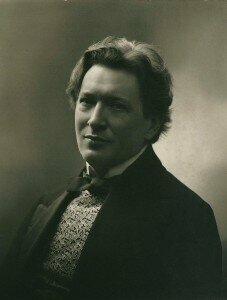 When we speak of musicians, we often credit their parent or a likely aunt as their first influence at their instrument. For the Italian composer Ferruccio Busoni (1866-1924), we find his father, clarinettist Fernando Busoni (1834-1909), important to his development as a composer.

Busoni was a child prodigy on the piano, and often toured with his parents; his father the clarinettist, and his mother, Anna Weiss (1833-1909), the pianist. He performed in their concerts and by the age of 12 had begun compositions for clarinet and piano for his parents. These included the Clarinet Suite, Op. 10, written in 1878, the Solo Dramatique, Op. 13, written in 1879, and a Clarinet Sonata (ca. 1880). 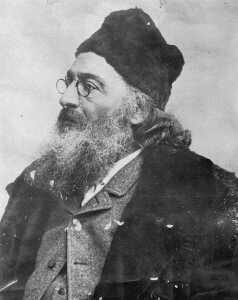 The Clarinet suite is a set of 6 Movements framing a central elegy that is elegant and contrasting with the virtuosic demands of the outer movements. The first movement, Improvvisata, starts off the work in a very active sense.

III. Elegia
As a contrast, the elegy is followed by a Danza campestre, a vivacious rural dance with a theme that appears to have not come from folksong but was written by the young Busoni. 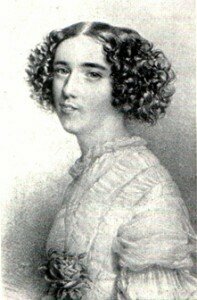 IV. Danza campestre
The Solo Dramatique, Op. 13, is also for clarinet and piano, despite its ‘solo’ title. The piece is dated ‘2 February 1879, Bolzano.’ Busoni was in Bolzano, in the south Tyrol, to play 4-hand piano music in a concert with his mother. The key to the work is the ascending scale with which the work opens, and when you start to focus on the piano part, you realize that it, too, is a substantial part of the work, almost Brahmsian in its construction.

Busoni: Solo dramatique, Op. 13 (Ex Novo Ensemble di Venezia)
In the Clarinet Sonata, which he began in 1880 but not completed, was completed by the pianist Florian Feilmair, and provides dramatic roles for both the clarinet and the piano, starting from its bravura opening.

Busoni: Clarinet Sonata in D Major (completed by F. Feilmair): I. Allegro deciso (Benjamin Feilmair, clarinet; Florian Feilmair, piano)
Most of the works for clarinet and piano were written between 1875 and 1880, that is, when Busoni was age 9 and age 14. 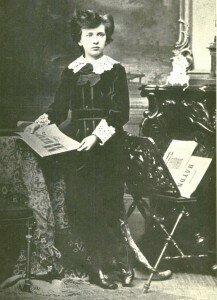 The sole later work for piano and clarinet is another elegy, written in 1919, and dedicated to the clarinettist Eugenio Allegro. It seems to be one long drawn out melody that shows off all the wonderful timbre of the clarinet in both its high and low registers.

Busoni: Elegie (Rocco Parisi, clarinet; Gabriele Rota, piano)
His parents’ influence is clear in his early works for clarinet and piano. During these early years, before the age of 15, he also wrote works for piano, for string quartet, and for voice and piano, clearly using the forces available to a young composer to start to learn his craft. Nevertheless, aided by the nearness of a professional clarinettist, his contribution to chamber music and clarinet music, even as a child, is considerable.