Artists Behind the scenes
Beyond Stage Fright
by William Cole May 31st, 2015 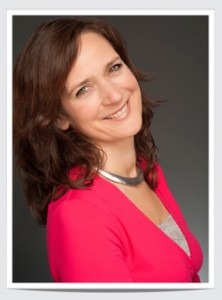 Beyond Stage Fright is a series of video interviews featuring many of today’s most significant performers exploring issues around performance stress. Initiated by pianist and performance coach Charlotte Tomlinson, this exciting project is representative of a growing openness about these issues within the music profession and promises to offer insights and encouragement to all musicians. I caught up with Charlotte to ask her about the project in more detail, beginning with how it all came about.

“I set this up because I am passionate about all the things that get in the way of musicians performing at their peak. I have actually written a book about this, Music from the Inside Out. I have seen musicians, both students and professionals, fighting tension and nerves, which can often be the same thing, in order to express themselves musically. Sometimes they can’t move through what is in the way, and it stops them being fully expressive.”

Issues of performance anxiety seem to be much more widely discussed today than in previous generations. I asked Charlotte whether these issues are more relevant today than they used to be, or whether it is that we are more open to discussing them.

“Yes, performance anxiety is more openly discussed than in previous generations, although you will see from the interview series that in the orchestral world, it is still taboo for all sorts of reasons. Nobody wants to be seen to be weak by suffering from nerves, and there is a fear amongst the orchestral musicians that if one person shows nerves, the whole ship will go down, or that the other players will catch it.”

I asked Charlotte what she thought conservatoires, promoters, media and indeed audiences could do to create an atmosphere that is less pressurised for our performers today. “I would love to see conservatoires encouraging a supportive atmosphere amongst students, encouraging excellence without being punitive,” she replied. “I¬t’s so much better than it was, but there is still room for improvement. In the UK, mindfulness has become very popular in the conservatoires, and in fact, the Royal College of Music has a whole performance science department in which they research performance anxiety. I would love to see the recording industry explore more live performances. Lots of edits strung together that are ‘perfect’ can give musicians and audiences the feeling that the performances have to be flawless. This can be very pressurising for musicians and I think it can have an indirect impact on their levels of performance anxiety.”

I closed our conversation by asking Charlotte what she hoped audience members would ultimately take from the series. “I hope the people watching will find it inspiring to see how top professional musicians deal with nerves, touring, fame, exhaustion and everything else that comes with performance stress, and how much they seem to love music and performing despite all the pressures.”

Beyond Stage Fright, featuring online interviews from star musicians including Hilary Hahn, James Rhodes, Roderick Williams and John Lill, runs from May 29th – June 7th. To watch the interviews, sign up for free at www.beyondstagefright.com