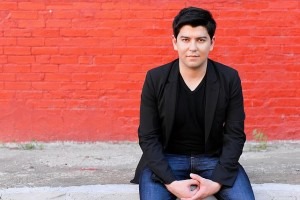 ‘My first performance took place back in 2012 playing a recital and in January 2015 I had debuted with the HK Philharmonic. I’ve had very enjoyable experiences performing for very appreciative and warm Hong Kong audiences, so I look forward to be back.’

Behzod is based in Kansas City, where he is Artist in Residence for the International Center for Music, giving concerts and talks for Park University. Despite his commitments in Kansas, Behzod has given concerts in five different continents this year, with an ever-increasing concert schedule.

‘Although it can be quite exhausting to be on the go most of the time, I certainly enjoy discovering new places, meeting new people, and of course, performing!’

Behzod has been performing from a very early age; his mother, a piano teacher, encouraged his love for the piano.

‘The great dream of my mother was that one of her children would become a concert pianist, so from the age of 6 my mother encouraged me to make first steps into piano playing. I never played any other instrument but the piano, and actually never thought to.’

From his family’s front room to some of the great stages of the world, Behzod grew into a formidable pianist. He has been praised for his ‘clarity of balancing’ (NY Times) and ‘fingers of fire’ (Le Temps). The Seattle Times says of Behzod: ‘This is a pianist who has it all: silky delicacy, mighty thunder-power, rare clarity and the ability to draw a remarkable variety of tonal colours from the instrument.’

Among his international touring schedule, it is easy to forget that Behzod has an ongoing collaboration with the St. Petersburg-based Mariinsky Orchestra and Valery Gergiev. Most recently he travelled with them to Chile to perform Beethoven’s First Concerto, and then in July he and Gergiev join forces with the Munich Philharmonic to give performances of Rachmaninov’s Third Concerto, firstly in Munich, then at the BBC Proms in London.

Amongst all the travelling and practising, what is Behzod’s personal highlight?

‘Out of at least 30 performances around the world with the Mariinsky Orchestra and Maestro Gergiev, the most prominent highlight would be my Carnegie hall debut concert last year.

‘However, my most memorable musical experience to date still goes back to 2009, when I performed in the finals of London international piano competition with the London Phil in Royal Festival Hall.’ 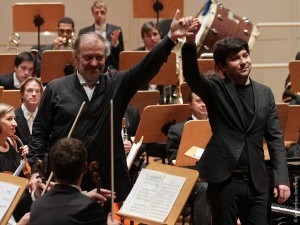 Behzod still finds time to (occasionally) relax, despite his heavy schedule. ‘Well, music is my life,’ he says, ‘and it takes most of my time. But when I have rare free time I always enjoy to read, swim and catch up and see with my family and friends.’

Behzod’s musical taste remains as eclectic as the list of his most recent tour destinations. Far from just listening to classical music, he informs me that at the moment, his iTunes playlist is full of Antonio Carlos Jobim, Oscar Peterson, Eminem, Snoop Dogg, Pitbull, Rachmaninov, Adele, Arthur Schnabel, and Carlos Kleiber with Berlin Phil, among others. Best stick to the Prokofiev on the platform…

Gergiev and Abduraimov – Piano Concerto No. 3 in C Major – Prokofiev