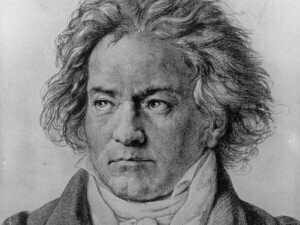 Beethoven was starting to have some serious health problems when Prince Nikolai Galitzine—an amateur cellist in St. Petersburg and great admirer of Beethoven’s music—wrote to him on 9 November 1822. “May I ask,” the Prince inquired “for one, two, or three quartets, for which labor I will be glad to pay you whatever amount you think proper.” Beethoven immediately accepted the commission, and he did ask for a rather large fee for each quartet, to which the Prince agreed. 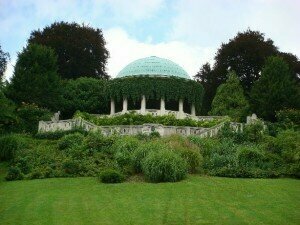 One year later, Beethoven still had not started on the commission and Galitzine wrote, “I am really impatient to have a new quartet of yours. Nevertheless, I beg you not to mind and to be guided in this only by your inspiration and disposition of your mind.” And while Op. 127 and Op. 130 were produced during a brief period of relatively good health, Beethoven developed a serious intestinal inflammation in April of 1825. 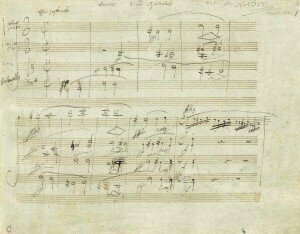 Beethoven’s personal physician Dr. Braunhofer gave him strict orders, “No wine, no coffee, no spices of any kind. I’ll wager that if you take a drink of spirits, you will be lying weak and exhausted on your back in a few hours.” Once Beethoven had sufficiently recovered, he departed for spa treatment at the village of Baden on 7 May, and except occasional visits to the city, stayed there until mid-October. He alarmingly wrote to his doctor during his stay, “I am still weak… and I spit up rather a lot of blood… Often it streams out of my nose, and there is no doubt that my stomach has become terribly weak.” Beethoven did find time to compose, and there can be no doubt that his ailment found it’s way into the Op. 132 string quartet. Uncharacteristically, Beethoven headed the third movement with the inscription “Heiliger Dankgesang eines Genesenen an die Gottheit, in der lydischen Tonart” (Song of Thanksgiving to the Deity from a convalescent in the Lydian mode). This emotional center of the composition is an autobiographical musical offering of a prayer of thanks after his illness. The Beethoven scholar Maynard Solomon writes, “the music here appears to become an implicit agency of healing, a talisman against death.” First performed in public on 6 November 1825, it arguably is the most profoundly soulful music Beethoven ever composed.