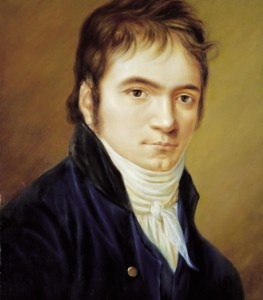 Historians and scholars habitually divided Beethoven’s life and work into three periods, a concept that originated with Johann Aloys Schlosser’s biography published merely months after the composer’s death. This rather simplistic construct does take into account some basic stylistic distinctions that correspond with major upheavals in Beethoven’s biography, and thereby affirm the very close relationship between the composer’s creative energies and his emotional life. However, since these divisions occur at different chronological points in different genres, the three-period framework is certainly in need of refinement. Particularly urgent is a thorough reconsideration of Beethoven’s formative musical years in the city of Bonn, where he took composition lessons from the Court Organist Christian Gottlob Neefe.

Rightfully considered the most important musical influence on the young Beethoven, Neefe soon recommended his young student to take up the assistant organist position. In support of his nomination, Neefe writes: “Louis van Beethoven, is a boy of 11 years and of the most promising talent. He plays the piano very skillfully and with power, and reads at sight very well. This youthful genius would surely become a second Wolfgang Amadeus Mozart if he were to continue as he has begun.” As is well known, Beethoven published 32 piano sonatas, beginning with his Op. 2, No. 1 in 1796. It is less well known, however, that Beethoven composed at least five additional piano sonatas, which he never published. Originating during his formative years in Bonn, these student works are essentially imitative examples of contemporary works by C.P.E. Bach, Neefe, Haydn, Mozart, Stamitz and Sterkel. Nevertheless, the young Beethoven clearly received and synthesized diverse musical practices of the time from his teacher and other composers. Although these juvenilia compositions have not received an abundance of scholarly attention — and they are certainly not performed with any kind of regularity — they nevertheless serve as a point of departure for understanding Beethoven’s entire keyboard oeuvre. Beethoven introduced himself to the city of Vienna by showcasing his talents as a pianist, and he was the first major composer in that city who did not depend on a fixed musical appointment. On one hand, he received generous allowances from his aristocratic friends and acquaintances, on the other, he was able to earn a living by taking advantage of a growing bourgeoisie interest in music and music making. Coming to terms and gaining control over the Viennese style, he composed and performed piano sonatas of extreme technical difficulty and expansive musical breath, yet also focused his energies on composing music for an infinite variety of musical ensembles and occasions. 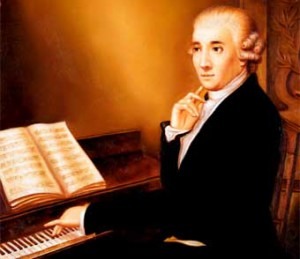 When Beethoven arrived in Vienna in November 1792 he wasted no time seeking out Joseph Haydn. In his notebook he records that he spent “Twenty-five Groschen for coffee for Haydn and me,” and thus began his apprenticeship with Europe’s most famous composer. Beethoven’s lessons continued until 1794, when Haydn left for his second visit to London. Beethoven famously stated that he learned absolutely nothing from Haydn, and immediately contradicted himself in his Op. 2 piano sonatas. Published in March 1796 — and dedicated to Haydn — these three works not only anticipate the musical intensity and concentration that would become the unmistakable hallmark of Beethoven’s compositional style, they also bear Haydn’s distinctive compositional signature of building extended musical structures from small cells. For some performers and scholars, the three sonatas that make up Beethoven’s Op. 2 are a contrasting yet complimentary set of compositions. Op. 2, No. 1 has a highly dramatic character imparting a sense of breathlessness and agitation. Through a musical technique described by Alfred Brendel as foreshortening — essentially discarding the opening arpeggio and incessantly repeating the turning motif — Beethoven also provides for a sense of unstoppable acceleration and forward momentum. Some commentators consider the Op. 2, No. 2 entirely unremarkable, while others have discovered the most strikingly original music — tenderly lyrical and exploring the harmonic implications of modulating to the dominant minor key in the first, and adhering to the conventions of the string quartet and of the opera in its second and concluding movement, respectfully — of the entire set. Op. 2, No. 3 sparkles with virtuosity and with humour. Apparently, Joseph Hadyn — who was in the audience in the autumn of 1795 when the three sonatas Op. 2 premièred at the home of Prince Carl Lichnowsky — was rather taken aback by some of the overtly virtuoso passages in the C-major sonata. Particularly, the opening “Allegro” brims with passagework and figuration that might be more appropriate within the context of a concerto. Yet Beethoven was not merely creating and frequently frustrating listener’s expectations, he was also extending his motific and melodic vocabulary and inventory. For Beethoven, the set of sonatas Op. 2 became a vehicle for experimenting not only with all fundamental aspects and techniques of music, but also means of self-expression. Broadly conceived and spacious in design — Beethoven borrows the four-movement scheme usually reserved for symphonies — they explore and expand the possibility of sonata form. However, they also pay homage to the full expressive range and power of Beethoven’s imagination.