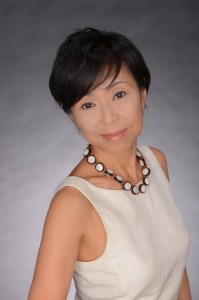 Rumiko Hasegawa listened all the comments she received from the people who had come to opera performances and had a bad experience: it’s so unfamiliar, it takes too long, the language is incomprehensible, the story is strange; I don’t know what to wear! As a former partner at Goldman Sachs, Ms. Hasegawa understood what was happening – the cost for entry was just too high. Too much of an investment, in time, languages, etc., was required for the audience. Yet, as an amateur soprano, Ms. Hasegawa also knew that the audience was missing a truly beautiful art where drama was matched with heavenly music. How could she make opera a part of the modern lifestyle?

Her target audience group was the new professionals, aged late 20s to mid 50s, who were active socially, travelled internationally, tried new flavours, and tried new things. She took a typical movie time (90-100 minutes) as her goal and started to figure out how to make opera fit into a new box. Her new Traviata didn’t start on the opera stage, but in the bar before hand – the audience meets in the bar, gets a drink in hand, takes their drinks to their seats, and meets again at the bar afterwards to talk to each other and, more importantly, talk to the artists. The relaxing of the perceived strictures for opera has meant that Ms. Hasegawa’s new group, More than Musical, has been able to reach a new audience that have responded to her new format ideas.

To make a new concept of opera work, Ms. Hasegawa has been working with director Nic Muni who worked with her singers to make them realize the characters more full. They must be the character. In casting, Ms. Hasegawa and Mr. Muni focused on younger singers, with an emphasis on local talent. They found their singers through local auditions, collaborations with Opera Hong Kong’s Young Artists Program, and their own networks. Mr. Muni’s commitment for excellence and Ms. Hasegawa’s desire for shorter shows that truly emphasized the drama of the story meant that their final shorter works were more than just the highlights of an opera. The overture, the choruses, and even some of the arias were sacrificed to create a more dramatic work. And, it appears to be working.

In More than Musical’s first production of La Traviata and its tragic tale of the doomed love between Violetta and Alfredo, the intimacy of a 200-seat theatre brought the opera to the audience in a new way. Set in a black-box theatre at ArtisTree at Taikoo Place in Hong Kong, the opera was surrounded by the audience on three sides. The language problem was solved by putting up video screens that were used to give a synopsis of the upcoming action. The screen could also be used for any necessary backgrounds and for the blackouts between scenes. The accompaniment to the singing is a piano and a violin. Because of the focus on the drama and the desire to make the story live for the audience, the violinist became more than just support. In the early parts of La Traviata, the violinist portrays the “internal” Violetta. At the end, as Violetta dies of her consumption, the violinist becomes the Angel of Death, welcoming our heroine into a new world.

Ms. Hasegawa’s audience responded to her new vision, with her first two performances selling out in just a day. To experience this for yourself, join More than Musical, for their repeat performances of La Traviata, beginning December 14, at the Nan Fung Tower Annex in Central. You’ll see the beautiful art of opera in a new way.