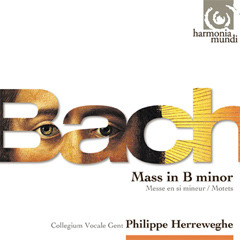 
Bach: Mass in B minor, Gloria in excelsis Deo

Bach’s masterpiece performed by one of the best Baroque orchestras, Collegium Vocale Gent under the baton of Philippe Herreweghe.