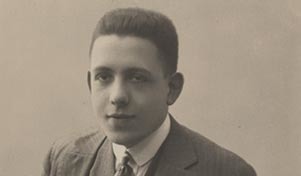 Invariably, Francis Poulenc is described as a man of constant contradictions. A sense of ambivalence and ambiguity is readily found in his compositions, but it also extends to his sexual behavior and preferences. Poulenc was a devout Catholic and homosexual “who made no distinction between making sacred pilgrimages to a holy shrine and cruising the boardwalk for anonymous sex.” Apparently, his sexual predilections favored
the working-class Joe; there are reports of numerous casual sexual encounters with policemen and other men of lower social classes than himself. Poulenc came of age at a time of cultural and sexual experimentation, yet it took him a good while to come to terms with his own sexual identity. Poulenc’s most intimate friend during his formative years, and “with Auric the true intellectual ferment of my adolescence,” was Raymonde Linossier. Born into a notable Vichy family, Raymonde was a woman of remarkable intelligence and culture, eventually earning a law degree, publishing her own theatrical plays and writing prodigiously on art history. She took courses in Orientalism and held a leading position at the Musée Guimet, the national museum devoted to Asiatic arts. Her influence on Poulenc’s literary understanding was seminal, as she introduced him to the famous salon-bookstore “La Maison des Amis de Livres.” There he met among others the surrealist poets Louis Aragon, André Breton, Paul Eluard, James Joyce and the celebrated Guillaume Apollinaire. “Their tastes and their ways of seeing things were identical. She divided her time between her poets in the Rue de l’Odéon and his musical friends in the group known as ‘The Six’.” Until her death, Poulenc presented Linossier with all his published works and a selection of manuscripts, many with touching inscriptions using cryptic code, which had meaning only to them. In the score to Cocardes, Poulenc writes: “To Raymonde who loves as I do French fries, mechanical pianos, chromos, shell-covered jewelry boxes, and Paris. Her friend Francis. Summer 1921.” 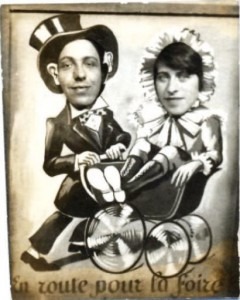 She accompanied Poulenc and Auric to Monte Carlo for the 1924 premieres by Diaghilev’s “Ballets Russes” of Les Biches and Les Fâcheux. In a heartfelt gesture of respect and tribute, Poulenc would eventually place the original orchestral manuscript of Les Biches between her hands in the coffin when Raymonde unexpectedly died in 1930.

During the late 1920’s, Poulence was forced to confront societal pressures to marry. In an attempt to discourage false engagement rumors, he considered the possibility of a “marriage of convenience” to Raymonde. He wrote a letter to her sister, confessing his intention to marry Raymonde, but rather innocently was terrified at the idea of losing her friendship if his true sexual orientation was revealed. He reasoned, that the marriage would allow him to appropriate a heterosexual lifestyle, however, Raymonde had known all along and turned him down flat. Rather casually, she told a friend that she was “disgusted by the chic, idle and pederast element of his behavior.” Raymonde’s rejection and scorn brought on a severe bout of depression, and Poulenc was practically unable to compose for the entire year.

When Raymonde suddenly died in January 1930, the tension between them had not been resolved. “All my youth departs with her,” Poulenc wrote, “all that part of my life that belonged to her. I sob, thinking of Monte Carlo. I am now twenty years older.” It was through his music, a decade later, that he expressed his most profound feelings. To her memory he dedicated his ballet Les Animaux modèles, based on fables by La Fontaine, and the Entretiens avec Claude Rostand of 1954. Her rejection roughly 25 years earlier, however, paved the way for Poulenc’s openly gay relationship with the painter Richard Chanlaire.