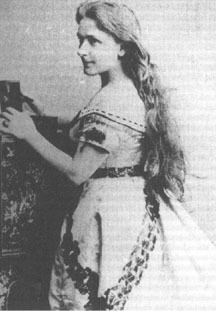 One certainly could not fault Richard Wagner for being persistent, but one has to question his judgment regarding his pursuit of Minna Planer. Minna did everything in her power to get rid of him! She fled from him, hid from him, embarrassed him and engaged in highly public and sordidly promiscuous relationships, all in an effort to make him understand that they simply weren’t compatible. Yet Richard would have none of it and threatened that “the only thing touching her heart would be a sharp knife if she didn’t marry him.” They had continued “violent arguments” in which he would “rant and rave all night, committing acts of domestic violence so serious that Minna lay there in convulsions for hours on end.” Overcome by remorse, he would then throw himself at her feet and weeping, “begged for forgiveness like a child.” In the end, battered into submission Minna could take it no long and consented to become his wife.

They both lied about their age; Richard added one year otherwise he would still have been considered a minor, and Minna subtracted four to become a blushing twenty-three-year old. The happy occasion came to pass on 26 November 1836 at the Tragheim Church in Königsberg, and rather predictably, the couple had a blazing argument in front of the minister. Wagner’s position as assistant conductor in Königsberg did not really pay well, but his love for fine silks and velvets was undiminished. He continued to place orders for expensive garments, among them a delicate dressing gown: “pink satin stuffed with eiderdown and quilted in squares, lined with white satin, six widths at the bottom and a padded hem all around.” When he was summoned to appear before the magistrate to answer the charges of his creditors on 31 May 1837, Minna ran off with a businessman named Dietrich. According to his autobiography, Richard armed himself with whips and pistols and furiously pursued his wife and her lover. He found her in Dresden where she was hiding in her parent’s house, and on his knees begged for her forgiveness. 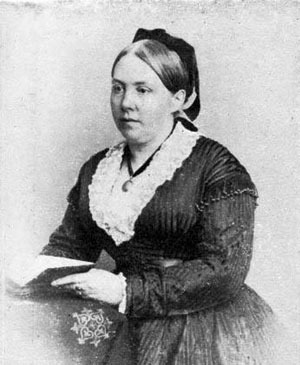 Richard had in the meantime secured a position in Riga, and Minna did eventually join him. However, only 2 months later Minna once again eloped with Dietrich, with a livid Richard chasing them. Fortunately, he was unable to catch up with them, and with the clear understanding that he would eventually kill her, Minna begged his forgiveness and joined him in Riga. At long last, an uneasy truth descended upon the relationship, however, his financial troubles remained. To supplement his income Richard started to bed women with considerable bank accounts, among them the famed soprano Wilhelmine Schröder-Devrient, who paid 1000 Thalers for his “studdly” services. Alwine Fromann was neither pretty nor young, but she had plenty of spare cash, and his affair with the celebrated soprano Henriette Wüst was purely motivated by her husband’s savings account. His participation in the failed Dresden uprising of 1849 forced Richard into exile in Zurich. Minna reluctantly followed, but by then he was already in the arms of Jessie Laussot, the English-born wife of a Bordeaux wine merchant. Jessie not only arranged for a yearly subsidy of 3000 Francs for Richard, but since her husband actually much preferred the company of her mother, they planned to elope to Greece. Richard formally said goodbye to Minna, but Jessie’s husband had gotten wind of her intentions and threatened to kill Richard — and even more painfully — cut off his allowance. Jessie was forced to return to Bordeaux, and Richard characteristically chased after her. Since he did not have a French visa, however, he was immediately deported. Wagner complained, “This great love was destroyed by human cowardice.” In a long and rambling letter to Minna, Richard claimed that it was all Jessie’s fault, and that he “wanted to return to Minna unconditionally.” Minna was no fool, but she nevertheless took him back. Eventually, it was his affair with Mathilde Wesendonck that permanently ruptured their marriage — I will tell you this whole sordid story next time — and the couple separated for good. In June 1862, Richard formally asked Minna for a divorce, but she declined. Minna Wagner died of a heart attack in 1866, and Richard could not be persuaded to attend the funeral.