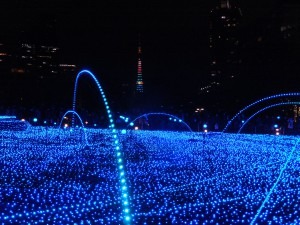 Depending on your location, there might already be a touch of frost in the air. Days might be getting shorter and nights much darker and longer. But whatever your geographic location, you will undoubtedly have noticed that Christmas is once around the corner. Shops are being decorated and the old Christmas jingles and ditties are assaulting your ears wherever to go. So we have decided to start this holiday season in a bit of style and present you with a selection of classical Christmas music that you might not be familiar with. Let’s get started with Francis Poulenc, who by 1951 was the most successful living French composer. Poulenc was certainly a bit of a naughty boy, but his 4 Christmas Motets give voice to his deep Catholic faith. These intimate works are light in texture and exude a sense of joyful serenity. They also reflect Poulenc’s love of religious painting and architecture through subtle musical and visual imagery. These Christmas motets were Poulenc’s last work for a capella mixed choir, and represent a worthy conclusion to a lifetime of imaginative choral writing.

Francis Poulenc: 4 Motets pour le temps de Noel, FP 152
By the time Franz Liszt reached his 70th birthday, he had forsaken his desperate passions and virtuoso fireworks and turned into a mild and introspective clergyman. And although it is hard to believe, even his music had become gentle. And none is gentler than his Weihnachtsbaum (Christmas Tree Suite) composed between 1874 and 1876. The work was published in 1882 and is dedicated to his grandchild, Daniela von Bülow. The first four pieces are Christmas songs, followed by various musical portraits of childhood Christmas experiences. The final three pieces are portrayals of Liszt and his long-time lover Carolyne von Sayn-Wittgenstein. They had lived together in Weimar for twelve years while trying to get papal permission to marry. In the end, permission was granted but the marriage did not take place. Apparently Sayn-Wittgenstein devoted the rest of her life to theological studies and smoking vast numbers of strong cigars!

Franz Liszt: Christmas-Tree Suite
If you thought Franz Liszt was an unlikely candidate for writing gentle Christmas music, one has to wonder what you will make of the next selection by Arnold Schoenberg? Yes, you heard right, the czar of musical modernism never gave up writing tonal music even after he had established his serial technique. And although born to the Jewish faith, Schoenberg converted to Lutheranism in 1898. Schoenberg enjoyed writing music for his family to play at home, and for Christmas celebrations in 1921, composed his tender Weihnachtsmusik (Christmas Music). Scored for two violins, cello, harmonium and piano, this little musical jewel—with the German Christmas carols A Rose has sprung up and Silent Night taking center stage—highlights Schoenberg’s incredible sense of harmony and counterpoint!

Arnold Schonberg: Weihnachtsmusik
If it weren’t for a little Concerto Grosso subtitled “Christmas Concerto,” the name Francesco Manfredini would almost certainly have disappeared from the pages of music history. A contemporary of J. S. Bach and Antonio Vivaldi, Manfredini studied with Giuseppe Torelli and Giacomo Perti in Bologna. He subsequently spent time in Monaco, presumably in the service of Prince Antoine I. Published in 1713 the “Christmas Concerto” is part of a set of compositions dedicated to his employer. It gently opens with a “Pastorale,” an evocation of the shepherds at the birth of Christ. The “Largo” briefly modulates to the minor key before a spritely “Allegro” once again suggests the pastoral feeling with its use of a bagpipe drone. The “Christmas Concerto” made Manfredini a household name, and the work has delighted listeners for generations. In the spirit of the season, Merry Christmas everybody!