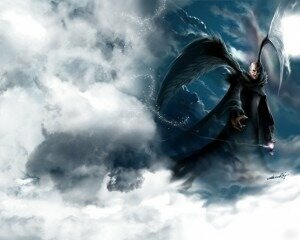 The American composer George Crumb took the idea of the classical string quartet and turned into an electric ensemble of darkness. His 1971 work, Black Angels: Thirteen Images from the Dark Land, extended the string quartet by electrifying it, and adding crystal glasses and percussion, all played by the string quartet, for added colour. Although the original performances of this work were for acoustic instruments with added amplification, this work has occasionally been performed on specially constructed electronic instruments.

Black Angels is dated “Friday the Thirteenth, March 1970 (in tempore belli)” and the number 13 is very important through the work. Another prime number, 7, is the other important organizational number.

The work is divided into three parts: Departure, Absence, and Return, and each of these parts is divide into 4 or 5 sub-parts, as detailed below: 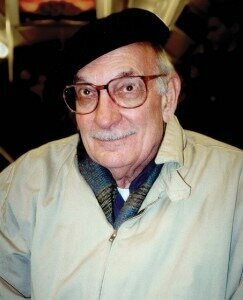 The Latin “in tempore belli” in the date means “in time of war,” reflecting the work’s composition during the Vietnam War. The two extreme voices of the violin and the cello represent the extremes of the war that takes place within the piece, with the violin playing the devil’s music and the cello as the voice of God. The title, “Dark Angels,” is a common convention to indicate angels that were banished from heaven, and the subtitle “…from the Dark Lands” means Hell. In sections 4 and 5 of part 1, you’ll hear references to the “Dies irae,” which we explored in the first part of this series on the supernatural .

Crumb, in Black Angels has created a strikingly original and highly frightening work that takes us into a new supernatural world. The use of electronics and unusual instruments, such as the tuned glasses, results in a sound that is rarely calming.