He only stood 157 centimeters, and his asymmetrical face featured bulging eyes, a large pointy nose and a receding chin. She towered at a statuesque 172 centimeters, with large hazel eyes, finely chiseled features and marble skin. He came from a poor and lowly background, and everybody simply referred to him as “the skinny dwarf”. She elegantly moved in Vienna’s highest circles, and half the male population of the city would gladly have sold their mothers to catch a glimpse of her. This unlikely couple—Alexander von Zemlinsky and Alma Maria Schindler—met at a Viennese dinner party in February 1900. She recorded in her diary that he was” dreadfully ugly, almost chinless”, and he felt nauseated by her vanity of the salon and the “cliques of sclerotic souls” she associated with. She did admire his intellect, and he was besotted by her voluptuous curves. He soon became her composition teacher, she his eager student, and as it happens, they fell in love. 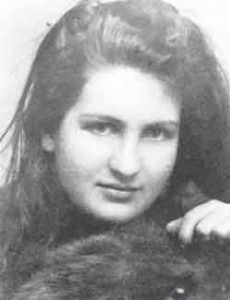 For more than two years, their relationship followed a rather predictable pattern. Alexander would regularly come to the house of Alma’s stepfather Carl Moll and instruct his beautiful charge in the art of composition. He would sit at the piano and work through Alma’s latest exercises and Lied compositions, alternately admonishing and praising her newest creations. After an hour or two, they would move to the sofa and engage with rather more personal matters. As the relationship deepened, Alma confided in her diary “I would gladly be pregnant for him, gladly bear his children. His blood and mine, commingled: my beauty with his intellect”. Alexander, in turn, also felt that it was time to consummate the relationship, “desiring her with every atom of his feelings”, yet Alma hesitated. Although she permitted him every other intimacy—vowing to “never forget his virtuoso hands” —she never gave in. In later years, when she reflected upon this particular period in her life, she wrote, “fool that I was, I believed in virginal purity, which had to be upheld. Not the times were at fault; it was I who was to blame. I simply played hard to get”.

Somewhat predictably, Alma’s refusal to go all the way became a source of intense frustration, slowly driving Alex to the edge of a nervous breakdown. “Your recklessly tender embraces are chiefly motivated by the desire to find out what it is like. How tender and warm-hearted were your words: “I want to be the mother of your children”—if only they had been sincere. But they were not! All your views, your boundless vanity and self-indulgence, all this, for the two of us, is an obstacle to our happiness”. Not long thereafter, while Zemlinsky was conducting a performance at the Konzertverein in Vienna, Alma attended another dinner party and made the acquaintance of Gustav Mahler. Although Alma was still torn whether to consummate the bond with her “beloved Alex”, her mind was made up. On 12 December she wrote to Zemlinsky “You know how very much I loved you. You have fulfilled me completely. Just as suddenly as this love arrived, it has departed – has been cast aside. On my knees I beg your forgiveness for the evil hours I have given you.” Four days later, Alexander came to say goodbye, and Alma records in her diary “we sat down and talked earnestly about the whole affair – side by side – we two, whose bodies had once coiled in love’s wildest embrace. He a little sarcastic, as ever, but otherwise charming, endearingly charming. My eyes were full of tears, but my will stood firm. Today a beautiful, beautiful love was buried. Gustav, you will have much to do to replace it.” Deeply humiliated and publicly shamed, Zemlinsky vented his frustration in the composition of The Mermaid. Vacillating between moments of defiant exuberance and saccharine lyricism, this musical fairy—in which Zemlinsky takes on the persona of the Mermaid and assigns Alma the role of the Prince—became the first of a series of highly personal and autobiographical compositions specifically designed to exorcise Alma’s ghost. Meanwhile, Alma Schindler had become Alma Mahler, but that’s clearly the topic for another chapter.