Blog
The Men in My Life: Stand Partners Two and Three
by Janet Horvath September 13th, 2014 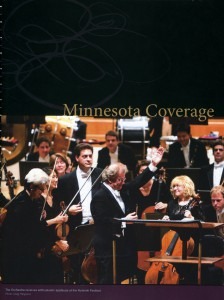 My stand partner for twenty years in the Minnesota Orchestra was another veteran, Robert Jamieson. He was the polar opposite of aggressive, gruff and passionate Shirley Tabachnick. Jamieson was a stoic and private gentleman of Scottish heritage. He had been principal cello as long as I was old. Slender, disciplined, with a trimmed white beard, Jamieson stood out for never missing a concert or rehearsal. By the time I joined the orchestra he had performed upwards of thirty cello concertos with the orchestra during his tenure of four decades.

Once again I was the baby of the section and had to prove myself. Jamieson wrote nothing but the bowings in the parts. He must’ve performed the entire symphonic repertoire hundreds of times hence no fingerings. I on the other hand, was learning music new to me every week. When I gingerly approached the subject of putting in a few fingerings in the otherwise unmarred part—after living with the greens, blues, and reds of Shirley’s parts in Indianapolis— Jamieson said it’d be ok if I made a few pencil markings as long as it was tiny, lightly done and under the staff. 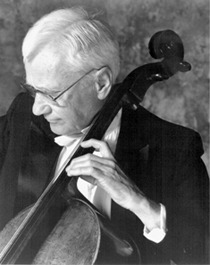 One year into my tenure we performed a Bach cantata with the flamboyant French maestro Charles Dutoit. His moves were fluid, languorous but not always clear. There were only four cellists performing and many of the movements required one solo cello. I sat in on the rehearsals of these solo sections just in case, fully expecting that as usual, Jamieson would play them flawlessly. The first half of the concert proceeded without incident. During intermission I was chattering with a colleague upstairs. Jamieson walked over and he stood there politely waiting, hesitating to interrupt. Just as I heard the call on the loudspeakers, “On stage please…” Jamieson said, “ Janet I don’t think I’m going to make it…” He had looked a little ashen. I literally flew down the stairs and onto the stage flipping pages frantically to eyeball the pages of solos ahead. As it turned out the person who moved up to sit with me was nervous to have to sit on first stand and his trembling hands fumbled the page turns. Disastrous combination. I barely had a second to take in the time signature, and tempo. Within a few moments there was a movement that began with an upbeat, an aria marked in ¾ time. I didn’t know that Dutoit would conduct in six slow beats. He started the aria with an elegant slow upward swing and I double-timed it, playing twice as fast as the solo singer and solo oboe. It sounded like Webern: cacophonous! I wanted to sink into the floor. Fortunately, a bass player who had performed the piece saved me. He came in with the cello part after a few measures. I was able to jump back to the proper spot when I heard him. My face is still burning decades later!

To Jamieson’s credit, he encouraged me to perform concertos with the orchestra, a privilege not extended to the associate player very often. He was a wonderful supportive stand partner and never hesitated to advise me.

When he retired, Anthony Ross became principal cello of the Minnesota Orchestra. By this time I was a veteran too. Tony, a wonderful cellist, is very tall, athletic and burly, who towers over me. He also is an “in your face” kind of person who occasionally has to restrain himself from sassy outbursts. We were a great pair who complemented each other. His playing is robust, assertive and vigorous; mine is nimble, artful and polished. Often during performances we would amuse each other with virtuosic fingerings always trying to outdo each other. Our smiles and obvious rapport made our audiences wonder if we were married. (Actually Tony’s wife Beth sits on the second stand and is also a fine cellist.) If need be, I would try to mollify him with our ongoing humorous interchanges if he was annoyed at a conductor or colleague.

Tony needed a lot of room. He would come out onto the stage before a performance and kick chairs out of the way. I would just wait to fit my petite self in once he had the room he needed. Our stand too of course had to be higher to accommodate him. But these issues were minor. The mutual respect between us resulted in frequent consultations about the bowings and best fingerings or phrasing. We would often practice together just the two of us to make certain that we were precisely in tune—our intonation flawless and interpretation unified. 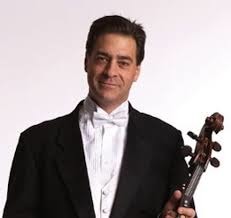 I was there whenever any mishaps occurred. If he miscounted I’d quickly and unobtrusively point with my bow to the spot in the part. If he broke a string—which occurred frequently—I would either change it or loan my cello. If there was a cello solo after he broke a string I played it.

On tour to Japan several years ago we all had piano-stool-like chairs, which adjusted in height. Somehow the back of Tony’s formal tailcoat got caught in the mechanism and when we stood for our bow up came the chair with him. I fumbled to disentangle him. Our Japanese conductor was more familiar with these chairs. He leapt off the podium to release Tony who whispered, “ That’s the last time I let you touch my tail.”

Tony and I both performed as soloist many works of the standard literature. His interpretations of the Elgar and Lalo concertos and Leonard Bernstein’s Serenade are standouts. He was equally supportive when I performed Korngold Cello Concerto, Shostakovich, Haydn and Max Bruch’s Kol Nidre.

Sometimes stand partners do not get along, then performing and compromising can be difficult. I feel very fortunate that we not only were compatible personalities but also that we made great music together.