Over the past few years, Hong Kong’s classical music scene has become increasingly active. The city is slowly shedding its ‘cultural desert’ reputation, attracting a slate of world-class artists and offering a broad variety of programmes. Unfortunately however, opera remains a rarity. You can count on one hand the number of productions staged each year, placing us far behind cities like London, Paris or Berlin. There are plenty of opera lovers in Hong Kong, but the cost of staging a production has been a major issue.

My first concert of the new season was the HKPO Season Opening Gala Concert. It featured an exclusive programme of opera music and arias, which was a great treat for hungry opera fans. 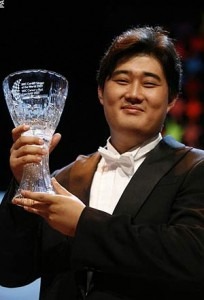 For a so-called Gala Concert held at the Cultural Centre, it was interesting to see the eclectic mix in the audience. We had socialites in designer wear, young couples in jeans, families with small children and elderly attendees in a typical local summer outfit – Bermuda wear. It was certainly very comforting to see that the majority of the audience were genuine music lovers, rather than those seeking a purely social event.

The Gala Concert featured four high-profile Chinese opera singers who performed a medley of well-known arias, accompanied by the Hong Kong Philharmonic Orchestra, who also delivered several of the most renowned orchestral opera pieces. The HKPO has definitely gained a higher level of maturity, having improved greatly under the leadership of Edo de Waart.

The best part of the concert was probably the beautiful Cavalleria rusticana by Pietro Mascagni. The HKPO succeeded in injecting extra colour and enthusiasm into this popular and well-known melody, producing a particularly moving rendition. The ballet music from Charles Gounod’s Faust was delicately executed, although some parts lacked depth. Overall however, it was an enjoyable performance.

For me, the weakest link among the four opera singers was probably the mezzo-soprano Ning Liang. In Parto, ma tu, ben mio from Mozart’s La clemenza di Tito, her voice had yet to warm up, which left her struggling to reach the higher notes and rendering shaky vibratos. She was better in Habanera from Bizet’s Carmen, which she sang with brio and an attempt at playfulness. However, she was still unable to convey the primal sensuality that is characteristic of Carmen.

Warren Mok, the only artist from Hong Kong, passionately delivered Puccini’s famous E lucevan le stelle from Tosca and Nessun dorma! from Turandot, and was greeted with enthusiasm by the audience. Warren has good technique and charismatic stage presence, but unfortunately not a great voice. This was evident in the Trio from Faust, where his control was uneven. However, it must be said that his passion, intensity and dedication definitely deserve the warm acclaim he received from the public.

Soprano Liping Zhang was technically outstanding in her performance of Song to the Moon from Dvořák’s Rusalka and Vissi d’arte from Tosca. She was the leading lady of the opera Xi Shi, which I attended early this year in Beijing. Her beautiful voice was once again perfectly controlled, but perhaps too much so, as the songs were delivered with a lack of feeling. Moreover, in the Trio from Faust, she faced the audience the entire time, sparing few glances at her partner, Warren Mok.

Finally, the pièce de résistance: Shen Yang. A wonderful young bass-baritone full of energy, he has the voice, technique, control, sense of drama and stage presence; he’s got everything. He was awesome!

His rendition of Madamina, il catalogo è questo from Don Giovanni was a delight, and Vous qui faites l’endormie from Faust was a pure marvel. Young in age but mature in musicality, Shen Yang is captivating and his performance magical. This is an extraordinary artist destined for a great career.

It was very exciting to see Chinese artists performing and excelling in western opera, more so with the younger generation. Talents such as Shen Yang promise to achieve prominent presence in international opera houses.

The ladies need to let their hair down, relax a bit and work their minds and hearts into the cast, because music and opera are not only about execution; the interpretation is even more important.