Blog
Swept Away Festival
by Maureen Buja May 22nd, 2015 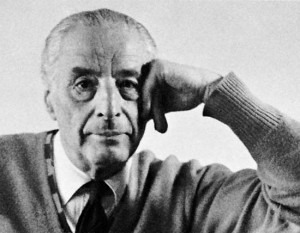 Tired of hearing summer festivals filled with the same old Mozart and Bach? The Swept Away Festival, organized by The Continuum Ensemble, will be looking at music from Berlin and Vienna in the Twenties and will take place in London from 19-21 June. The festival looks at composers who were “swept away” by the rise of the National Socialist government in Germany. Most of these composers had left for exile even before 1934 (the National Socialists came into power in 1933) after having their work banned and performances cancelled.

The festival centers on the music of Ernst Toch with an amazing 11 UK premieres of his works. Other composers include Paul Hindemith, Kurt Weill, Erwin Schulhoff, Stefan Wolpe, Mischa Spoliansky Ernst Krenek, Friedrich Hollander, Wilhelm Grosz, and Herbert Zipper. What I find curious about this list is that it’s all men – surely there were women composers whose careers were similarly destroyed by the new German Government. It seems, though, that their careers were so destroyed that no evidence remains now except for that of the Czech composer Vítězslava Kaprálová (1915-1940), who did not have a career in Germany.

The conference is arranged around five concerts: miniature operas, chamber and orchestral music, music that had suffered censorship, ‘orchestral re-inventions,’ and cabaret songs. 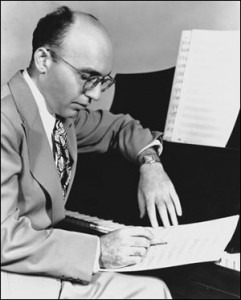 In the miniature opera concert, although Toch’s ‘Geographical Fugue’ is well known, the larger piece it comes from, Gesprochene Musik (‘Spoken Music’), the first piece ever written for spoken choir, is rarely heard and this performance at the Festival will be its UK premiere. Another experimental piece was Hindemith’s Hin und zurück (‘There and Back’) which is not a setting of The Hobbit (full title: The Hobbit, or There and Back Again) but rather is a tragedy with a happy ending: the tragedy unfolds involving jealousy, murder and suicide, and is then replayed with the lines sung in reverse order to produce the happy ending. Other works on the concert are by Kurt Weill: Vom Tod im Wald (Death in the Forest) and Mahagonny Songspiel. Vom Tod im Wald isn’t really an opera, but is a cantata for bass and band, and was originally a part of Das Berliner Requiem, which will be performed later in the Festival. All of the works on this concert date from 1927 and 1928 during the post-WWI Weimar Republic, long before the National Socialists took power.

Weill: Vom Tod im Wald, Op. 23 (Jakob Jespersen, Bloch – bass; I Solisti del Vento; Paul Hillier, Conductor)
The chamber music concert looks at the influence that popular dance and jazz had on the music of the time. Toch’s Burlesken, Op. 31, has a fast-moving third movement which requires a virtuosic pianist and is a perennial encore favorite:

Toch: Burlesken, Op. 31: No. 3 Der Jongleur (Daniel Blumenthal,– piano)
One of the earliest classical works to look at the Argentine tango style is Erwin Schulhoff’s 5 Pieces for String Quartet, in which each movement is patterned after a different dance style: the Viennese Waltz, the serenade, a Czech folk dance, the tango milonga, and the tarantella. 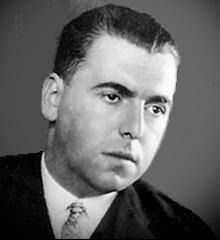 Schulhoff: 5 Pieces for String Quartet: No. 4. Alla Tango Milonga (Aviv Quartet)
The third concert, of censored music, includes Krenek’s Die Jahreszeiten, Op. 35 (The Four Seasons) and Wolpe’s 2 Chinesische Grabschriften, op. 25 (2 Chinese Epitaphs), written in 1937, the only work in the Festival to date from the National Socialist regime. Kurt Weill’s Das Berliner Requiem of 1927 was written to a text by Berthold Brecht. It was commissioned by Radio Frankfurt and is a secular Mass for the dead, based on a selection of poems from Brecht’s Hauspostille (Devotions for the Home) – a parody of Martin Luther’s work of the same name, which presents an image of death as seen through the eyes of the people. In this selection, ‘Epitaph,’ the influence of cabaret can be clearly heard:

Weill: Das Berliner Requiem, Op. 23: III. Epitaph (Flemish Radio Choir; I Solisti del Vento; Paul Hillier, Conductor)
The concert on ‘Orchestral Re-invention’ takes a look at the exotic in music of the time. Central to this concert is Toch’s setting of poetry from Hans Bethge’s free German translations of Chinese poetry (if Bethge’s name sounds familiar, this same collection, Die Chinesische Flöte, was used by Mahler as the text source for Das Lied von der Erde). The first poem, is about a mysterious flute which the poet Li T’ai-po hears one evening playing a song that awakens the birds.

As a whole, the Festival provides a narrow focus on composers who had viable careers in Germany and then had to take up their careers elsewhere. Using Toch as the touchstone is very perceptive – as he himself noted in the 1960s, when he himself the “most thoroughly forgotten composer in the whole world”, notwithstanding his fame in the 1920s, when his name had appeared alongside those of Schoenberg, Stravinsky, Webern, Bartók and Hindemith in the programmes of all the major contemporary music festivals.

In addition to the concerts, there are also five accompanying free lectures on the poetry, the films, the literature, and other suppressed artistic elements of the interwar years to help you put this all into perspective.