Blog
The Speed of Poetry
by Maureen Buja October 27th, 2014 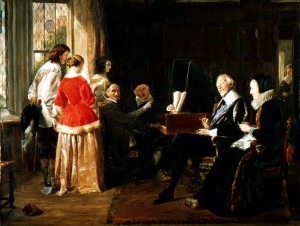 When we hear Renaissance madrigals sung, we often hear these lovely, long-drawn out pieces of pure counterpoint and then forget why they were written. The Italian madrigal came out of what we might think of as the upper-class men’s clubs of Italy. These literary or aesthetic clubs, or academies, brought together aristocratic men who had a variety of skills in music making (composing, singing, or playing), poetry writing, book and essay writing, appreciation of fine etc. We might look at the qualities that Baldassare Castiglione described in his 1528 dialogue, The Book of the Courtier, as models for these academies. In his concept, the perfect courtier should be able in all things: have a good mind, a good voice (speaking elegant and brave words), and a good bearing and gestures. In addition, the physical aspects were ensured through the courtier’s warrior spirit, athleticism, and his mental development through his knowledge of the humanities, classics, and fine arts. 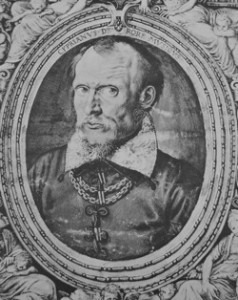 As a composer in one of the academies, you would be expected to be setting the poetry written by your fellow academicians. And, in that setting, you would have been writing music that emphasized the poetry, rather than your own musical style. It was a match, but the point was the poetry.

One of the problems in modern madrigal performances has been the emphasis on the music. Instead of bright, flashy works that put the sound of the words to the fore, we often get very slowed down works that push the music ahead. Luckily, this has been changing. Here for example are two contrasting performances of the madrigal ‘Anchor che col partire,’ with music by Cipriano de Rore and the text by Francesco d’Avalos.

English translation
Although when I part from you
I feel like dying,
I would be glad to leave you every hour, every moment,
so much is my pleasure
as life comes flooding back to me on my return:
and so a thousand times a day
I would that I could part from you:
for so my heart leaps when we are reunited.

First, we have Alfred Deller’s 1950s version of Rore’s ‘Anchor che col partire’ and then the Hilliard Ensemble’s version from the 1993. 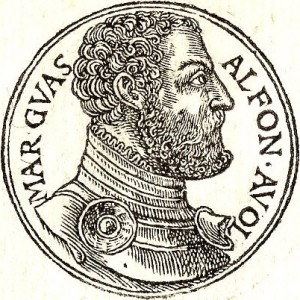 The first difference you notice is that of the basic speed of the performance. In the Deller performance, each syllable is lovingly elongated, and subjected to a good bit of vibrato; in the Hilliard Ensemble version, they move briskly through the text.

Rore: ‘Anchor che col partire’. Deller Consort, Alfred Deller, cond.
Rore: ‘Anchor che col partire’. The Hilliard Ensemble.
This influences how we hear the text – in the Deller version, the poem is nearly unintelligible because of the slow tempo; in the Hilliard version, the faster tempo means that we can make sense of the words – and at the same time, the music comes through more clearly. 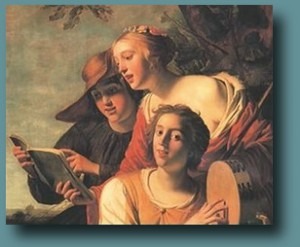 The author of the poem, Alfonso d’Avalos, was one of the great military heroes of early 16th century Italy and Spain, eventually becoming the Governor of the Duchy of Milan and later, head of the Imperial Army in Italy. His poetry was set by not only Rore but also Palestrina, both of whom are regarded as the leading composers of his time.

So, the next time you approach a piece of music – think beyond the music and into the reasons it was created. Perhaps it’s not about the music but it’s about the poetry.