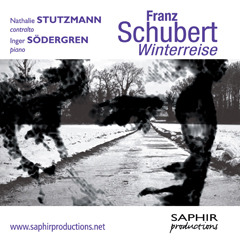 Winterreise is probably one of Schubert’s most famous masterpieces and THE one that every established singer would like to perform and record.

Although most recordings have been done with men, but lately, there were few versions with women, and this very exceptional one with Nathalie Stutzmann is a gem not to be missed.