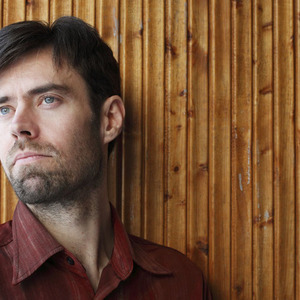 We were looking at a score by the Finnish composer Perrtu Haapanen and found his performance directions very interesting for his 2014 work Compulsion Island, commissioned by the Finnish Radio Symphony Orchestra. His instructions for the strings are very specific in terms of how sound is to be deadened (damping), is to be altered (scratch tones), and is to be played at the top of one’s hearing (squeak). In addition, there are directions for bow usages – when to use the bow in a circle and when as a windshield wiper and when not to use it at all.

Damping:
­ – Damp the strings completely with whole palm (in the middle of the string), so that no pitches are detected.

* V-scratch tone (vertical scratch tone):
­ – vertical bow movement (ie. move the bow lengthwise of a string, between sul tasto and sul ponticello).
­ – Favor playing at the very frog whenever possible, especially short notes should be at the frog as much as possible.
­ – Black line above the notes indicates keeping bow tightly on the strings, sometimes over the rests.
­ – Dashed cresc./dim. : increasing/decreasing bow pressure.

Squeak:
­ – Very high screeching squeak (“multiphonic”) ad lib:
­ – No leger lines are marked, notes are to be performed as high as possible.
­ – Bow extremely close to the stopping finger, bow hairs almost touching the finger.
­ – Heavy bow pressure (scratch tone), fast bow at the beginning.
­ – Lighten the pressure of the finger immediately after the attack (indicated by diamond shaped note head) and let the bow pace slow down.
­ – Find a suitable pressure and positions for the stopping finger and adequate bow pressure changes.

In addition to those instructions, there are others directing the location of the bow.

For the brass, their air usage is prescribed, as well as its colour:

Air:
– Air tones, no recognizable pitch.
– Colour of the air stream is indicated as follows:
– “f” / “sh” / “s”
– H.V. : “half-valve” (concerns only horns, trumpets & tuba), one or more valves and blow against that resistance.
– allow air leakage through the corners of the mouthpiece, if needed.

As the work starts, the brass are simply blowing air through their horns and the percussionist is performing on the whip and slide whistle (not at the same time). It’s an interesting work and knowing the directions makes you rethink some of the sounds and how they were made.

Part of the score