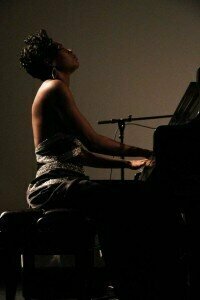 In 2015, a student coming up to her A-level exams looked at the composers assigned for the music syllabus. 63 composers and all male. Jessy McCabe brought this to the attention of the Edexcel program and a month later, Ms. McCabe had not only an apology from Pearson Education, the parent company of Edexcel, but also a guarantee that this policy would change. In fact there had been no women composers planned for the 2016 music exam either. 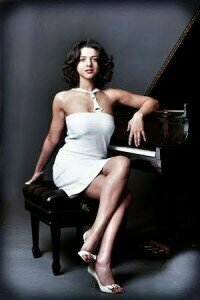 The 2017 list of set works includes compositions by Clara Schumann, Rachel Portman, Courtney Pine, Kate Bush, and Anoushka Shankar, and Kaija Saariaho. The women composers in the ‘suggested wider listening’ section include Fanny Mendelssohn, Ethel Smyth, Cécile Chaminade, Amy Beach, Debbie Wiseman, Carole King, Björk, Gloria Estafan, Sara Tavares, Unsuk Chin, and Tansy Davies. You may not know some of these composers because their fields may be film, popular, or fusion music rather than classical, but they are certainly worth keeping an ear on, now that you know the names. 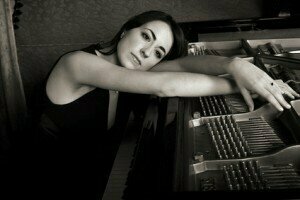 The long-standing policy of no women as permanent members of the Vienna Philharmonic was only broken in 1997 with the election of Anna Lelkes as a harpist, when the orchestra faced the possibility of protests by women’s groups during their upcoming US tour and was also threatened with budget cuts by the Austrian government. The VPO had their first woman conductor in 2005 when Simone Young, an Australian conductor, led the orchestra. 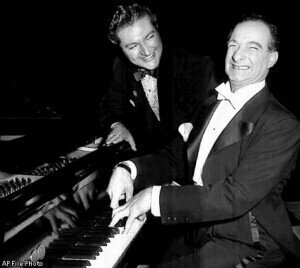 The Berlin Philharmonic hired its first woman, Swiss violinist, Madeline Carruzzo, in 1982, which made the orchestra’s music director Herbert von Karajan resign in protest. And all of this foot-dragging is kind of odd, when you consider that women were hired to perform with London’s Queen’s Hall Orchestra as early as 1913.

We also see this kind of ‘normalized’ sexism in music advertising: the women pianists who seem to always be shown in sleeveless dresses or nearly fainting over their keyboards. Those can’t be the best clothes in which to perform an energetic piano concerto! 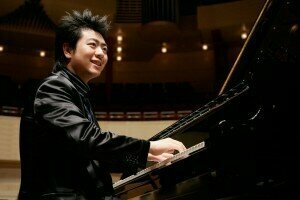 Men pianists are shown fully clothed in their de-rigueur dark suits, although the more adventurous may appear in shirtsleeves or without their tie.

We have male conductors who feel free to say that women conductors aren’t the best and then have to do a lot of back pedalling to cover their mis-statement, mis-translation, mis-understanding, or whatever the excuse was for the journalist getting it quite so very wrong. 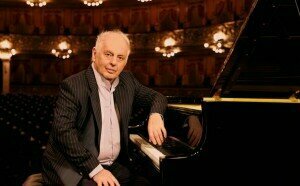 It’s the audiences who can change this. Ask your orchestra to go for the unusual, the modern, and the best of our modern society rather than settling for the usual old war-horses of the repertoire. You’ll learn more from hearing a new voice than yet another version of an old voice. Try, for example, the Violin Concerto by Jennifer Higdon, which won the Pulitzer Prize for Music in 2010, the first music Pulitzer won by a woman composer.