Nello Santi, who died on 6 February 2020 in Switzerland, was neither a superstar conductor nor a household name beyond opera lovers. But he was possibly the most consistent, widely cast, and most resolutely traditional opera conductors of his generation. Above all, he was adored by his singers, respected by his orchestras, and deeply appreciated by his audiences.

Santi was born in 1931 in the Veneto region and first became enamoured by opera when he witnessed a performance of Rigoletto as a four-year old. And it was to Verdi that this conductor would return again and again. 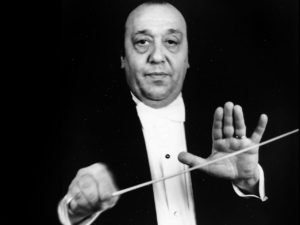 Santi began his musical career at age 20 at the Teatro Verdi in Padua, where he not only conducted, but went through a sort of apprenticeship in the opera house, helping out in all manner of jobs on- and offstage. This gave him the understanding and sensitivity for all the roles that are necessary to make an opera come to life.

His breakthrough, if one can call it that, was in 1958 when he conducted his first opera in Zurich. He was swiftly offered the Musical Directorship of the Zurich Opera, at a time when operas were still mostly sung in German translation. While he was Music Director from 1958-1969, Santi would be associated with this stage for nearly six decades, making Switzerland his residence as well as artistic home. He was instrumental in raising the standards of the Zurich Opera, performing operas in their original language, and helping to attract many of the leading singers of the time, including José Carreras, Teresa Berganza, Agnes Baltsa, Ruggero Raimondi and Margaret Price.

But it was his reliability and constancy that made him so appreciated. The conservative Zurich Opera patrons knew they would not be subjected to operatic experiments, attempts at novel interpretations or frivolous discoveries. They knew they would be getting a traditional approach to opera of the very highest standard. 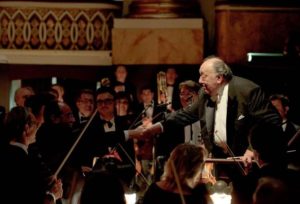 While he performed widely around Europe, his other main artistic home was the Metropolitan Opera of New York, where he conducted over 400 performances between 1962 and 2000, mostly Italian repertoire of Verdi, Puccini and the belcanto composers. He was revered by operatic greats such as Placido Domingo and Sherrill Milnes, and lovingly referred to as “Papa Santi.”

Santi was without any doubt a singer’s conductor. The legendary tenor Carlo Bergonzi called Santi “the best of them all” when discussing the many conductors he had worked with. This was a musician who controlled his orchestra with charm, detailed insight and a purist approach, never forgetting that the orchestra must help the singers shine, rather than overwhelm them. Benefiting from a photographic memory, Santi conducted practically all operas without a score, knowing the intricacies and phrasings of even the smallest parts. He was reported to occasionally sing the parts during rehearsals, when the relevant cast members weren’t in attendance.

Seeing Santi perform, as this correspondent had the privilege of doing on many occasions, was seeing a man whose attention was equally shared between orchestra and stage, and who lovingly elicited his performers’ personal best, all in the service of the original composer. He discouraged his singers from displaying fanciful and showy vocal embellishments and disapproved of attention-grabbing extended bravura high notes unless they were so demanded by the score. Santi strenuously disagreed with his approach being called “traditionalist;” he preferred referring to it as “style.” When asked in an Italian television interview about the most important characteristic a conductor needed, he quickly concluded that it was “humility.”