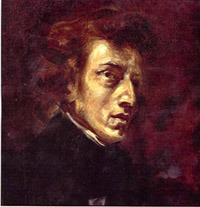 So what more can I write here? Well, nothing! Although I love Chopin, this article is not about him. It is about how to rediscover your appreciation for your favourite music, and I have chosen Chopin’s Piano Sonata No. 3 as my example.

It takes time and investment to find the best interpretation of your favourite music. When I was young, my limited budget allowed me to buy only one record of the music I liked, and I would listen to the same artist over and over again. The disadvantage of having only one version is that you get so used to that interpretation that you are reluctant to appreciate other renditions. Thus, you miss out on the way a different artist might bring a higher dimension with unusual colours to the music that makes it almost like an entirely different composition. 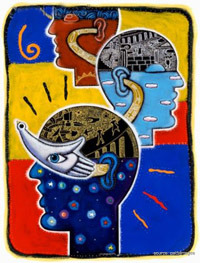 Music is like cooking. The recipe can be the same, as can the ingredients, but depending on the chef in question, the result can come out completely different.

When I was able to spoil myself with more CDs, I began collecting different versions of my favourite music. The comparisons to be made are amazing and extremely rewarding. There were times when it was very obvious I would remain faithful to my favourite renditions, but other times when it was difficult to choose because each artist tells his or her own specific story, all equally beautiful and fascinating. Because artists evolve and mature, and there will always be up-and-coming new musicians, new performances can be endless and the quest for a favourite rendition never-ending. And our appreciation also changes with time and experience, making the selection all the more interesting.

I have chosen seven pianists, each performing the same first movement of Chopin’s Sonata No. 3. They each reveal very distinct personalities, and each deliver an impressive interpretation. I regret that my selection does not include young artists, for the very simple reason that I either did not find any, or the ones I found were not really up to my standards. Moreover, Youtube is missing several important artists such as Samson François or Maria João Pires.

I am not going to say which my favourite is, because I have more than one. Please take your time listening to them, as the first movement is a long piece! I would love to know your favourites.