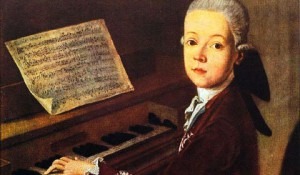 For one reason or another, the name Wolfgang Amadeus Mozart has become a marketing cliché, selling everything from alcohol to chocolates. Perfectly sane and healthy people swoon at the mere mention of his name, and he is habitually referred to as a musical genius. Somehow, this ontological truism has managed to become the prevalent lore of music lovers everywhere. Since Mozart composed his first keyboard pieces and violin sonatas at the age of 5, his first symphony at 8, and had finished his first opera before his 12th birthday, one would certainly be hard pressed to argue against this popular assessment. However, compared with Mendelssohn, Chopin and Korngold, Mozart only reached maturity as a composer at a comparatively late stage. He once remarked that people commonly make the mistake of assuming that his own compositional prowess and art were the result of his inexplicable innate ability. They are all wrong, he wrote, “Nobody has devoted so much time and thought to composition as I.”

Born in Salzburg in 1756, young Wolfgang was initially educated by his father Leopold, himself a talented composer. Soon, Wolfgang embarked on a public performing career that brought him to various cities in Italy, Germany, Austria, France and England. He met the leading composers of his days, and was exposed to a variety of compositional styles, tastes and genres. These experiences gradually shaped the young Mozart to become one of the leading composers in the late eighteenth century. However, Mozart was not the only attraction in town. Rather, he stood at the fore of a whole host of talented and creative composers that not only filled his ears with their music but also competed for his audience. “In Essence” will introduce you to the music of these often neglected and sometimes forgotten masters, and allow you to compare them with compositions by Wolfgang Amadeus Mozart himself.

Without doubt, the very first music young Wolfgang would have experienced must have been connected with his father Leopold. In 1756, Leopold published his celebrated violin method “Versuch einer grünlichen Violinschule”, a publication that quickly established his professional reputation throughout Europe, and he undoubtedly used it to introduce his son ‘Wolfi’ to the technical rudiments of playing the instrument. Regrettably, many of Leopold’s own compositions have not survived the ravages of time. A notable exception is the Allegro in F major for piano, a composition frequently performed by a very young Wolfgang. In addition, young Wolfi also began to compose and perform his own little piano pieces — like the variations set based on a Dutch song, KV 25. 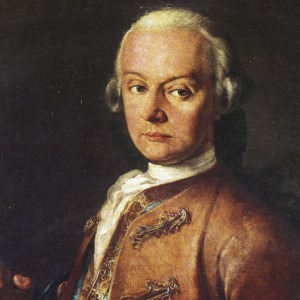 Apparently, Leopold Mozart was a prolific composer who wrote in almost all musical genres of his time. However, he seems to have sacrificed his own professional activity in order to further the career of his son. Nevertheless, the Cassation in G major, better known as the “Toy Symphony” — originally attributed to Joseph Haydn — became one of his best-loved and most popular compositions. Not to be outdone, young Wolfgang quickly composed his own Cassation in 1769, outshining his father’s composition in all aspects, except the use of toys! 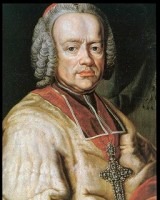 Actually, Mozart’s first known public appearance was at Salzburg University in September 1761. He performed a dancing part in a performance of “Sigismundus Hungariae Rex”. Marian Wimmer had fashioned the script to the play with the music provided by the Salzburg Kapellmeister Johann Ernst Eberlin. Eberlin was a highly respected and industrious composer and organist, and Leopold held him in high esteem. Wolfgang was less impressed, and in a letter of April 20, 1782 wrote, “Eberlin’s works are far too trivial to deserve a place beside Handel and Bach”. This hasty and telling overstatement confirms not only the competitive nature of Mozart’s musical environment; it also significantly undervalues Eberlin’s magnificent contributions to Salzburg’s liturgical music. Mozart composed his first complete mass setting for the dedication of an Orphanage in Vienna, in 1768. The twelve-year old Mozart himself conducted the first performance, and a distinguished list of guests included members of the imperial court.

Next time, we will continue to follow Mozart’s somewhat troubled career in Salzburg, and explore music by Michael and Joseph Haydn, and the little-known Anton Adlgasser.