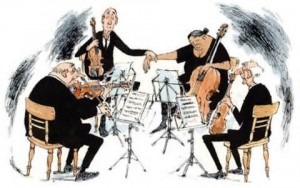 Most musicians both amateur and professional aspire to play chamber music, some of the greatest works of classical music. It would be difficult to single out a favorite but my list would include the following works— Brahms Piano Quintet, and piano trios, Schubert Quintet for two Cellos and The “Trout” Quintet, Beethoven String Quartets, the ‪Dvořák‬ String Quintet with double bass, Shostakovich String Quartets, and bigger works such as Mendelssohn’s Octet and Dvořák Serenade For Winds, Cello and Double bass. I hope you have a listen to them if you are unfamiliar with these grand masterpieces.‬
‬
Dvorak string quintet w bass

Just as you would for any gig in an orchestra or a band be considerate, on time and prepared for the rehearsals. Once a colleague arrived breathless at 6:55 for a 7:00pm performance exclaiming, “I need an espresso!” While he downed the libation the pianist mumbled, “If the tempos are any faster because of this espresso, I’m dead!”

Playing in a small ensemble is a lesson in diplomacy. It is wise to understand the protocol for getting along with two, three, four, or five or more colleagues when there is no conductor to or dictate tempo or indicate a musical interpretation.

I’ll never forget how I cringed when a colleague said, “Can’t you play that in tune?“ 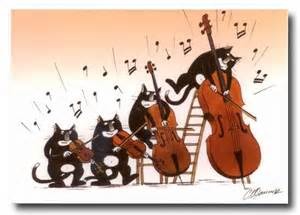 And, “Play out for once.” The silent word at the end of these statements implies “dummy!” Recently I rehearsed the Adagio from the Fauré Quartet for Piano and Strings in C minor and one of the players kept trying to play a much faster tempo, leaving the rest of us in the dust. Exasperated, he finally stopped and said, “Can we just try it like a lot faster?”

Fauré Piano Quartet No.1 in C minor, Op.15
Adagio
Chamber music is the finest type of teamwork. Long gone are the days when one player called all the shots. Playing in an ensemble is democratic today and each person should have an equal voice.

It’s essential to learn “chamber-music-speak.” As in any relationship not pointing fingers results in smoother sailing.

1. Instead of saying you’re playing too loudly say: “the balance isn’t quite right”

2. Instead of saying you’re behind say: “we are not together here.”

3. Instead of saying you’re playing out of tune say: “can we play this slowly to fine-tune the intonation?”

4. Instead of saying you’re rushing here say: “could we try it with a metronome just the two of us?” 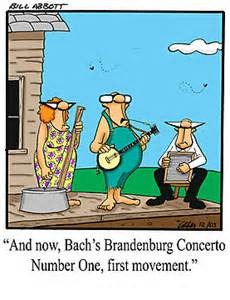 5. Instead of saying you don’t know your part say: “this section is tough. Can we rehearse it under tempo?”

Disagreements can occur when you’re discussing repertory to play.

6. Instead of saying it’s my turn to choose say: “shall we draw straws for who decides this time?” Or “I’d like to play a work this time that is more challenging for my instrument.”

7. For heaven’s sake, don’t tap your foot—a distracting habit that can imply that you think someone else is off. If you do think one of your partners is not playing in rhythm, do not try to be the metronome. I remember performing the ultra slow movement of — when a member of the group wanted to hasten the tempo; another player wanted it slower. The aforementioned member decided to play the eighth note beats along with the second player, to prove that the second player was slowing. Of course said player was highly insulted by this tactic, a taboo among chamber music ensembles.

8. Sheet music editions differ. If you don’t all have the same edition make sure to number the bars and the rehearsal letters in the part before the first rehearsal.

9. Keep careful track of your music. In an orchestra if a musician forgets or loses their music usually another part can be quickly found or copied. A chamber music ensemble usually has only one player per part. Recently, thirty minutes before a rehearsal, one of the members of a quartet I was performing with called me to ask if I’d found his music. Holding my tongue diplomatically, I said I happened to have another part, (another set in a different edition) and didn’t refer to the obvious fact that the player hadn’t practiced the part since our last rehearsal.

10. Be flexible. Be willing to try a passage in different ways before a decision is made regarding a bowing, an articulation, the tempo, or dynamic.

11. Always listen carefully to your partners and know your part well enough to be able to make eye contact frequently.

You must have heard the famous trombone joke, “Do you want it FASTER or SLOWER; LOUDER or SOFTER!” after a conductor waxed eloquent about the subtleties of playing a particular phrase in an orchestra. The conductor indicates the interpretation either by his or her body language or verbally. In chamber music, the musical interpretation, and discovering the intent of the composer is up to each of you.

12. Learn descriptive adjectives to be able to convey what mood or sound you are hoping to achieve. Knowing your musical terms is important—“I wonder if we could play this part more dolce (sweetly), or grazioso.” Or “Isn’t the sforzando (strong accent) on this beat? Or “Could the fermata (hold) be longer?” But other descriptive words are important too—playful, lively, brooding, melancholy, ghostly, plaintive. There’s even a website dedicated to developing a vocabulary of adjectives to help musicians on their musical journeys. Check it out!

Playing chamber music can be your most rewarding music making, once you know the ground rules.

Mendelsohn Octet with Yo Yo, Imai Tsustumi, incredible lineup!