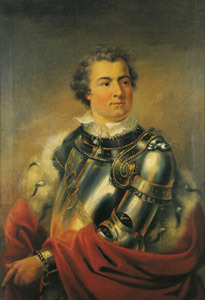 The early career of Ludwig van Beethoven was decisively shaped by the patronage of Count Ferdinand Ernst Gabriel von Waldstein and Prince Joseph František Maximilian Lobkowicz. In fact, without the unquestioning support and friendship from these two individuals, Beethoven’s musical career might never have really gotten off the ground. Beethoven was seemingly stuck in a dull organist position, occasionally composing incidental and dinner music for Maximilian Franz, elector of Bonn. He did play viola in the orchestras of the court chapel and the court theatre, but by age 19 had not really distinguished himself yet as a composer. And so it was left to Count Ferdinand Waldstein—a close associate of the elector of Bonn who had moved to the city in 1788—to actually discover a new and eventually unique star in the musical universe. Waldstein produced a ballet in old German costume on 6 March 1791. Performed by local nobility, the music for this “Ritterballett” (Ballet of Knights) was composed by Beethoven, although his name was not publically mentioned. Sensing Beethoven’s enormous potential as a composer, Waldstein suggested that Beethoven might go to Vienna to study with Haydn. He writes, “Dear Beethoven: You are going to Vienna in fulfillment of your long-frustrated wishes. The Genius of Mozart is still mourning and weeping over the death of her pupil. She found a refuge but no occupation with the inexhaustible Haydn; through him she wishes once more to form a union with another. With the help of assiduous labor you shall receive Mozart’s spirit from Haydn’s hands.” 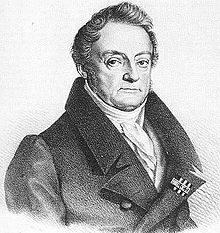 With a letter of recommendation and a hefty sum of money in his pocket, Beethoven arrived in Vienna in the second week of November 1792. His studies with Haydn were short-lived, but Waldstein’s letter opened the doors to extensive musical patronage in the Austrian capital. Viennese aristocrats were crazy in their devotion to music, and spend considerable parts of their fortunes indulging their favorite hobby. In addition to welcoming musicians to their town palaces and country estate, they kept private wind bands, quartets of string players, private orchestras or even opera companies! As such, it was only a matter of time before Beethoven introduced himself to Prince Joseph František Maximilian Lobkowicz. 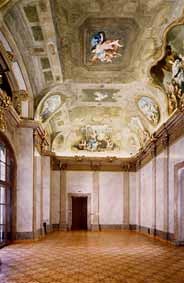 A talented singer, violinist, and violoncellist, Lobkovicz was a founding member of the Society of the Friends of Music in Vienna, a member of the Society for the Promotion of Musical Culture in Bohemia, and a director of the Court Theatre of Vienna. He maintained a lavish Palais, grandly located in the center of Vienna. Designed by Giovanni Pietro Tencala, with architectural details added by the imperial builder Johann Bernhard Fischer von Erlach, this urban palace passed into the ownership of the Lobkowitz family in 1745. Under the auspices of Maximilian von Lobkowitz, who employed his own band of musicians, the Palais hosted numerous concerts and staged lavish musical productions. Among a long list of illustrious guests and performers, we recurrently find the name Ludwig van Beethoven. This is not surprising, as Lobkowitz generously endowed Beethoven’s compositional activities. In fact, during the late 1790’s, Lobkowitz commissioned a set of six string quartets from Beethoven, eventually published as his Opus 18. Without exception, these compositions saw their first performances at the famous Palais. 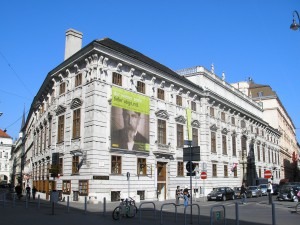 Ludwig van Beethoven: String Quartet in G Major, Op. 18, No. 2
Historians have come to agree that the second quartet of the Opus 18 series was composed between the years 1798 and 1800. Simplistic in phrase structure, the opening “Allegro” sounds a delightfully embellished melody. Vacillating between expressive lyricism and charming playfulness, the movement sports a delicious false recapitulation. The courtly “Adagio” introduces a predictable violin cantabile, dutifully supported by the other member of the ensemble. This melody of saccharine tenderness, however, is rudely interrupted by an animated “Allegro” that ends almost as soon as it begins. A courtly and polite approach also characterizes the “Scherzo” and “Trio” movement. Playful and light throughout, it lacks the usual Beethovinian surprises with regards to dynamics and phrasing. The concluding “Allegro” showcases a characteristic motive, introduced by the cello and obediently answered by the ensemble. This motive returns in various melodic forms and harmonic guises throughout the remainder of the movement. Short lyrical interjections are unable to contain this musical exuberance, and the movement accelerates towards a pleasing close.