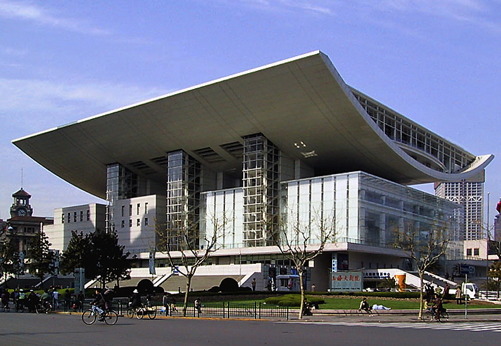 China’s Prolific Arts Venues: A Ray of Hope or a Ruinous White Elephant?

Western media has expressed awe at the prodigious number of piano students that are emerging from China, while foreign agencies and orchestras are amazed by the rapid increase in theatres and concert hall venues in the last decade. These impressive numbers have led the world to conclude – somewhat erroneously – that the future of classical music lies in China.


The Shanghai Grand Theatre, built in 1998, successfully became the cultural symbol of the city in the decade that followed. Almost every Chinese city tried to replicate its success, whether large metropolises like Guangzhou and Shenzhen or small cities like Suzhou, Hangzhou and Changzhou. Chinese vanity projects were spiralling to unprecedented levels, departing from simple office buildings and hotels to more creative projects like art centres, justifying the latter as places where the wealthy could spend their spare time enriching their lives with culture.

However, these beautiful dreams often fail to see fruition. There are several reasons for this. Firstly, not all cities are as well-developed or well-educated as Shanghai. People in most other cities are still struggling to survive; they don’t have the time or money to spare on expensive pursuits of western culture.

Secondly, officials don’t seem to realise that they cannot showcase artwork without further investment. The more famous the artist, the higher the investment required. These officials are now realising that the art centres are operating at a loss. But as long as the halls are built and the political achievement reported and recorded, who cares about what takes place inside? So the halls become ruinously expensive white elephants, and the management team is asked to fend for itself via the box office, since China now runs on a market economy.

However, keeping in mind that China is a country where two-thirds of the population comprises farmers and those even poorer, the average level of cultural appreciation in this nation really amounts to watching China Central Television’s variety shows on Chinese New Year’s Eve. It is no wonder that venue promoters in big cities like Shanghai and Beijing are worried about how to sell tickets for their concerts; even the most unrealistic daydreamer would not expect to fill so many halls with people. As a result, these venues are either left without suitable business operations and eventually abandoned, or used to showcase performances of low quality and cost in order to enable promoters to make some sort of profit from the box office.

So although western agencies initially get excited about the new venues emerging in China, they eventually come to realise that these operations have the staying power of guerrilla warfare. No one talks about long term plans. The grand opening of a new concert hall is in reality no more than a flash in the pan, because the allotted budget will only last half a year or one year at most. It is very common to schedule performance dates two or three years in advance in the west, but the system in China can be likened to Scheherazade’s nightly bid for survival in the Persian tale of One Thousand and One Nights. Many a Chinese manager will grin at the inquiring agent, expressing interest in the project and how much they would welcome such high quality programmes. But the moment he turns around to leave, he will smile and think to himself: “Hey, who knows where I will be in two or three years’ time!”

Indeed, foreign agencies do not feel confident talking business in China. Neither do the programme managers, because they simply do not know where to get funding. Even government officials experience this, not knowing where their next position will be. Why would anyone worry about the future of a concert hall when his successor could deal with it instead?

The natural question to ask is whether this situation will change. Well, maybe it will. But as long as local officials compete with each other for superiority, as long public appreciation for culture remains low, and as long as the bubble economy continues, classical music in China may well continue to languish as no more than a deserted echo crying out in an empty hall.