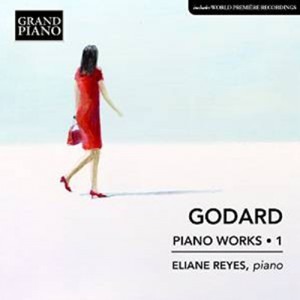 Benjamin Godard was regarded as one of the most promising French composers of the second half of the nineteenth century but, as he stood firm against the ‘Wagner fever’ of his contemporaries, his music fell out of favour after his untimely death. Most of his piano works are delightful character pieces or miniatures but his two powerful piano sonatas make him one of the very few French composers to have experimented with this form.