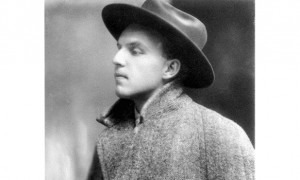 At times, it can be rather traumatic to be the son or daughter of a celebrity couple. Take for example Anna Justine Mahler, second child of Gustav Mahler and his wife Alma Schindler. Anna was born in 1904, and her mother proudly confided in her diary, “This birth—at high noon, at the half-way mark of the week, the month and the year—was like a symbol. The child christened Anna was a joy to us from the moment she opened her big blue eyes.” They nicknamed the child “Gucki,” a colloquial and endearing German term for “peeking or peeping.” The couple brought Anna with them during their first journey to the United States in 1907, and Anna said goodbye to her father on his deathbed on 18 May 1911. Anna spent her childhood in the shadow of her mother’s love affairs and famous salon, and focused her interest on portraying and drawing the various visitors that frequented the house. Once Alma Mahler gave birth to Manon—the result of her second marriage to the architect Walter Gropius—Anna felt lost and neglected.

Anna took the first possible opportunity to escape the intrusive commotion of her mother’s salon and married the young conductor Rupert Koller. The wedding took place on 2 November 1920 when Anna was only sixteen. The marriage only lasted a couple of months, and after a brief period back in Vienna, Anna went to Berlin to study painting. One evening she attended a fancy dress ball and met the young Viennese composer Ernst Heinrich Krenek. Krenek was a student of Franz Schreker at the Berlin Music Academy and considered one of the hottest items on the musical menu. Schreker wrote to his parents, “I spent the entire evening with the daughter of Gustav Mahler. She was married to a conductor and baron or something, but she cannot obtain a divorce because she is only seventeen years old. She is very musical and intelligent, so we had a very good time.” Apparently, they had a very good time indeed because barely a month later they were lovers and Alma writes in her diaries, “Anna Mahler is living with an egocentric, out there in Berlin. He is Ernst Krenek, a highly gifted composer.” 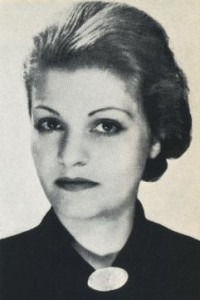 Anna was beautiful, full of vivacity, love of fun, and intensely jealous of her mother. She was also very strong-willed and simply swept Krenek off his feet. They traveled to music festivals together, went hiking in the Tyrolean Mountains and meet up with Alma. After much to and fro, Anna finally obtained her divorce and Ernst and Anna were married in mid-January 1924 in a civil ceremony at Vienna City Hall. Alma was not particularly thrilled, and in his memoirs “Im Atem der Zeit” (In the Breath of Time) Krenek described his mother-in-law, by then in her early forties, in less than flattering terms. “Alma was a magnificently tarted-up battleship. She was accustomed to wearing long, flowing garments in order not to show her legs, which were perhaps a less remarkable detail of her physiognomy. Her style was that of Wagner’s Brunhilde transported into the atmosphere of Johann Strauss’s Fledermaus.” Alma took Anna and Ernst to the best restaurants, where she ordered “sophisticated, complicated and clearly expensive dishes and above all very rich beverages of all types. Food and drink were the basic elements of her strategy aimed at making people helpless subjects of her power. She indulged and bewitched her guests and was on top form “when the senses and reason of her entourage were simultaneously befuddled and aroused.” Above all, according to Krenek, “Sex was the main topic of conversation, and mostly the sexual habits of friends and enemies were analyzed vociferously, with Werfel attempting to introduce a serious and intellectual note by festively spreading the word about global revolution.”

With all the wedding festivities behind them, the young couple accepted an invitation from the patron Werner Reinhart of Winterthur, and they moved into a boardinghouse on the shores of Lake Zurich. While Krenek’s compositional activities were fired by the drab, gray and cold winter days in Switzerland, Anna longed for sunshine and Italy, her favorite country. By May, they visited Frau Mahler in Venice, where she had purchased a home. While Krenek quickly left for Frankfurt to attend rehearsals, Anna stayed in Venice for an extended period. In the summer of 1924 the couple reluctantly returned to Zurich, but their marriage was already in serious trouble. And when Anna left for Rome on 13 November to study painting under Giorgio de Chirico, both knew that the marriage was over. He initiated the proceedings for a divorce, which was granted early in December. Anna would later remark, “The move to Zurich ended the marriage.” During the final stages of their marriage, Krenek completed his Violin Concerto No. 1, Op. 29. The Australian violinist Alma Moodie, with whom he later had a “short-lived and complicated” affair, personally assisted him. Romance and love between artistically inclined people, it seems, burns with a rather hot flame. In all, Anna would marry 5 times, while Ernst consented to a grand total of 3 weddings.