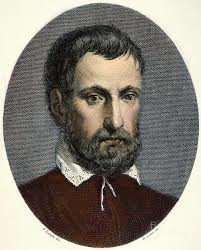 Benvenuto Cellini (1500-1571) lived a life of action, for a goldsmith, that is. His father was a Florentine musician and musical instrument maker and the young Benvenuto was, as a rarity, pushed towards music but persuaded his father to apprentice him to a goldsmith. Banished from Florence for 6 months, the young Benvenuto studied goldsmithing in Siena before moving on to Bologna, where he continued his studies and also became an accomplished flautist. At age 19, he moved to Rome where he worked in the highest circles as a goldsmith and also was appointed to the papal court as a flautist. He made the most beautiful works in gold, had an active love life, and was militarily active, killing 4 men (two in battles, one in revenge, and one a rival goldsmith) before he was 35. 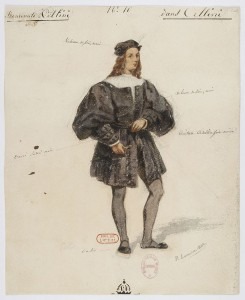 Costumes from the original 1838 production, designed by Paul Lormier: Gilbert Duprez in the title role of Benvenuto Cellini

In 1558, Cellini started his autobiography, which he stopped working on around 1563 – the book details his extraordinary life, including “his loves, hatreds, passions, and delights.” It’s considered one of the most important autobriographies from the Renaissance.

Anything with that much life in it had to be made into an opera and in 1838 Hector Berlioz completed his Benvenuto Cellini. Although one part of the story derives from Cellini’s memoirs, the rest of the story is invented. The original libretto was for an opéra comique, but it was rejected. It was rewritten as an opéra semiseria and was accepted by the Paris Opéra and Berlioz started to write the music for it. 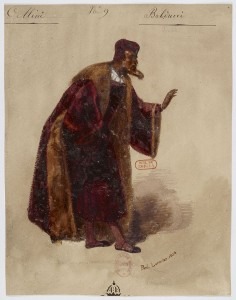 Unfortunately, the audience hated it and hissed most of the music, after having applauded the first few numbers. The singers and musicians found the music daunting and requested that changes be made: the overture was simplified and several arias were simplified or even cut entirely. After 4 performances, the last of which was of only the first act, Berlioz withdrew the opera from the Opéra. 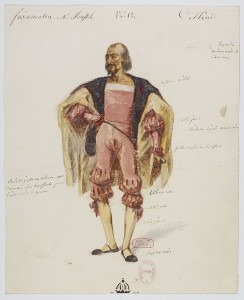 The plot is a typical opera story of thwarted love, kidnapping, fights, murders, and pardons: Cellini is wooing Théresa, the daughter of Baldacci, the papal treasurer, who wants her to marry Cellini’s rival, the cowardly Fieramosca. When Cellini attempts to abduct Théresa at Carnival time, a fight ensues in which Cellini kills Fieramosca’s hired assassin. Cellini disappears and returns under the cover of a monks’ procession, only to be arrested. He is later pardoned by the Pope on the completion of the commissioned statue of Perseus.

The only part of the story that is true is that about the statue of Perseus. That statute is one of Cellini’s most famous works, but wasn’t created for the Pope, but was commissioned by Duke Cosimo I de’ Medici of Florence. 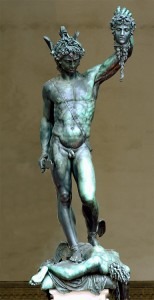 Perseus with the Head of Medusa

Until the opera was revived by Liszt in Weimar in 1852, the work languished. Berlioz created 4 works out of the material from his opera: 2 instrumental works, Rêverie et Caprice for violin and orchestra in 1841, which takes its material from the original aria to be sung by Théresa, and in 1844, the concert overture Le Carnaval romain, which uses two themes of the opera. The work’s overture also took on a separate life as a concert overture.