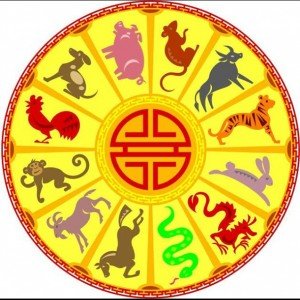 As a young Chinese man, I have encountered many ancient superstitious beliefs, such as fortune-telling, Feng Shui and palmistry. The Chinese Zodiac assigns an animal to each birth year in a repeating twelve-year cycle, while in Western astrology, it’s based around the month of your birth.

I don’t hold any faith in the zodiac and I would even go as far as to say I’m very dubious about it. How is it appropriate to classify human beings into twelve types? In some ways, astrology may seem scientific, insofar as it utilizes scientific knowledge about heavenly bodies, as well as scientific sounding instruments, like star charts. Actually, we do consider Western astrology as the original classification of personality models and it seems to have stood the test of time. A Japanese study found that people born December through February were uncompromising, while some Swedish research found that, at least in women, people born February to April enjoyed novelty. One more study reported that males born during the summer months weren’t so conscientious. Understanding personalities can unlock elusive human qualities and the description of each constellation enables us to understand more about that personality.

It is generally accepted within the world of astrology that people who share the same constellation are more compatible with each other. There are many epitomes in the classical music world, Klemperer and Brahms, Bohm and Bruckner, they are the same constellation. That is the reason why cognoscenti choose their artists for prominent recordings. There are a lot of enthusiasm and vigour in how they are conducted. As the sole representative of this symphony, they would not go wrong.

Some other elements are involved as we move on to other styles of classical music. The classification of elements in astrology makes it easier to understand all the Zodiac signs. The signs are separated by their characteristics:

One example is the theme song from the 1992 Summer Olympics in Barcelona, “Amigos Para Siempre” (translated as ‘Friends for Life’). This Latin-style theme song was written by Andrew Lloyd Webber (an Aries), and performed by Sarah Brightman (Leo) and Jose Carreras (Sagittarius) – all under the Fire sign. Could this have brought more passion to the Games? Maybe, but it’s certainly one of the most popular Olympic songs.

So the higher principle of collocation is:

Here’s another example: Why might Mahler (Cancer) have asked Freud (Taurus) for help when he found out that his wife Alma was having an affair? Well, Water signs, like Cancer, work best with Earth signs, like Taurus. Mahler was widely read, and he favored Fyodor Dostoyevsky (Scorpio, both in Water signs). Mahler guided his believer, the great conductor, Bruno Walter (Virgo, Earth) to read The Brothers Karamazov, ‘It takes my soul’, Walter wrote in his memoirs. He thought himself a pygmy against this great writer. 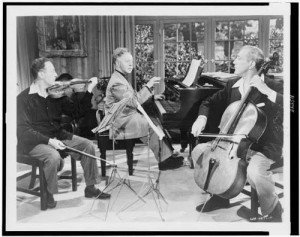 So concerto music needs a delicate balance between conductor and soloist, and maybe the elements of the signs had a role in this. Vivaldi’s masterpiece “The Four Seasons” is arguably his most famous work. Somebody may remember the I Musici’s magnificent version, which sold more than 25 million copies in various editions, making it one of the most famous pieces in the musical repertoire. But there is also a star-studded version with nifty arrangements, including Shlomo Mintz (Scorpio), Itzhak Perlman (Virgo), Isaac Stern (Cancer) and Pinchas Zukerman (Cancer), conducted by Zubin Mehta (Taurus). This group of musicians includes only Water and Earth signs. The famous magazine, Gramophone said, “The result is a most successful record”. There is inherent persuasiveness in some recordings. And we can figure out that their constellation collocation added much more authority to the music. Gidon Kremer is a fantastic violist who emanates classic elegance and contemporary chic. First among his marvelous recordings was Mozart, especially The Sinfonia Concertante for Violin, Viola and Orchestra. Kremer (Pisces) cooperated with Kim Kashkashian (Virgo) on viola and it was conducted by Nikolaus Harnoncourt (Scorpio). Brahms (Taurus) was in his forte too. Kremer, Mischa Maisky (Capricorn), Maestro Leonard Bernstein (Virgo), with the German composer, became a tailor-made foursome in Double Concerto, and a deep friendship came from their close cooperation.

But we don’t have to cleave to these principles of constellation. The Million Dollar Trio pitted these super stars together: pianist Arthur Rubinstein (Aquarius), cellist Gregor Piatigorsky (Aries), and violinist Jascha Heifetz (Aquarius). Rubinstein refused to break with tradition when Heifetz insisted that his own name come first since he was the most famous member of the trio. “Even if you were God, we’d still be the Rubinstein-God-Piatagorsky Trio,” Rubinstein told Heifetz. They were dissolved in the 1950s. We can’t find any competitions where there was cooperation in their recording.