The Cyclades islands in Greece are a set of islands that encircle the main island of Delos. They are known in the art world for their flat-faces sculptures from the late Neolithic period. Between 3000 and 2000 BC these islands were the centre of the Cycladic civilisation and produced an amazing array of stone sculptures that show the creative vigour of the area. 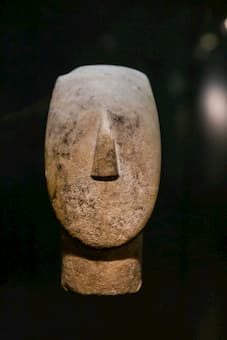 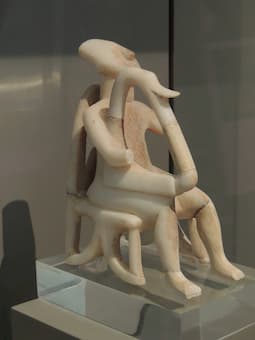 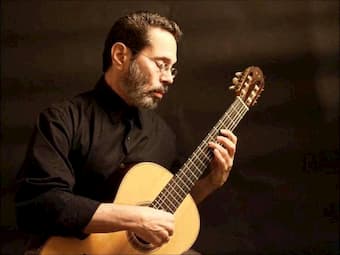 Cuban composer Leo Brouwer (born 1939), whose repertoire extends to vocal, orchestra, and chamber music, is best known for his guitar music. A guitarist himself, he attended the Hartt College of Music and then Juilliard where he studied both guitar and composition. His playing career ended in the early 1980s due to a hand injury.

In his work Las Cíclades arcaicas, Brouwer invokes the ancient world of the Cyclades, adding in fragments of Greek rhythms and melodies, brief reveries, and moments of dramatic silence. He also provides the opportunities for intricate filigree passages, matching the art of the ancient culture. It is the silences as much as the playing that brings out the aesthetic purity of the work.


As we look at the Cycladic art today, we could be in 3000 years BC or viewing a 20th century work by Brâncuși. 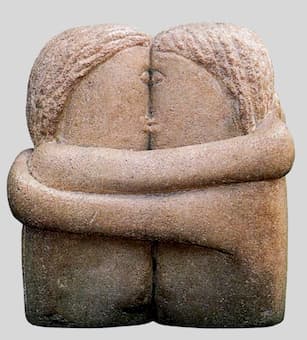 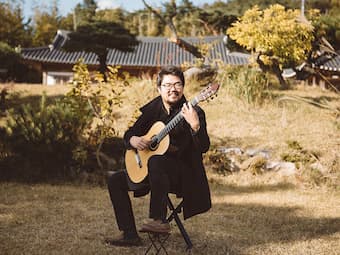 Performer Ji Hyung Park (born 1993) was the winner of the 2018 Changsha International Guitar Festival. In 2014, he was the first Korean to enter the Paris Conservatoire and where he earned his master’s degree in guitar. He has been entering and winning competitions, in Korea, Romania, Italy, Spain and Egypt. 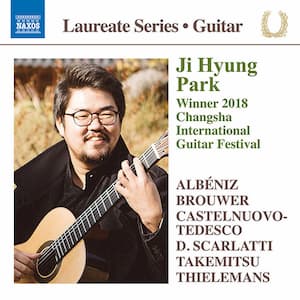