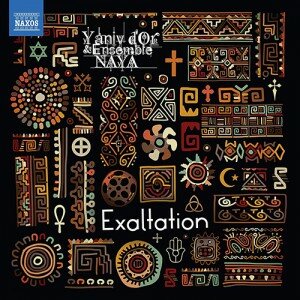 A follow-up to Latino Ladino (8.573566), which focuses on music of the Sephardic diaspora after the 1492 expulsion of Jews and Muslims from Spain, the programme for Exaltation is drawn from Medieval and Baroque Europe, Turkey and the Near East, and includes beautiful examples of the Sephardic and Sufi traditions. This essentially joyful album, which combines instruments from different cultures and ages to include distinctive timbres such as the didgeridoo, ney flute, flamenco guitar and more, topped by Yaniv d’Or’s haunting countertenor voice, celebrates the spirit that binds the wandering communities, the gods they worship and the hopes they share for a harmonious co-existence.