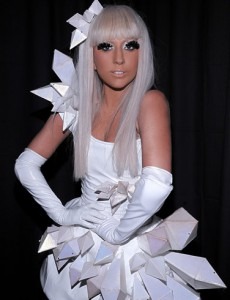 What happens when you take a synthesized excerpt of the fugue in B-minor from Book 1 of the Well-Tempered Clavier by Johann Sebastian Bach and use it to frame a pop song? In the case of Lady Gaga and her song “Bad Romance,” it translated to 5.6 million digital downloads and 12 million copies sold around the world. It also received two Grammy Awards for Best Female Pop Vocal Performance, Best Short Form Music Video and peaked at number two on the Billboard Hot 100 in the United States. According to Gaga, who wrote the lyrics on a bus tour through Norway, “I spent a lot of time in Eastern Europe and there is this amazing German house-techno music, so I wanted to make a pop experimental record. There was certainly some whisky involved in the making of the record. It’s about being in love with your best friend.” Whatever you make of the techno-Bach as a framing device, you’ll have to admire the versatility of Bach’s music.

At age 11, Richard Strauss began five years of intensive compositional study with Friedrich Wilhelm Meyer. And that, of course, included counterpoint studies in the style of Johann Sebastian Bach. Young Strauss reports to his friend Ludwig Thuille, “Besides that I am busy doing counterpoint exercises. I am already up to 4-part fugue now, the pinnacle towards which all counterpoint aspires.” This musical apprenticeship produced a number of remarkably skillful compositions, among them a published string quartet, a piano sonata, some shorter piano pieces, an orchestral march, and even a full-length symphony. The famous composer Hans von Bülow asked the teenaged Strauss to write a large-scale work for a combination of 13 wind instruments in the form of a Baroque Suite. Upon completion, Bülow famously proclaimed “Richard Strauss is by far the most striking personality since Brahms.” 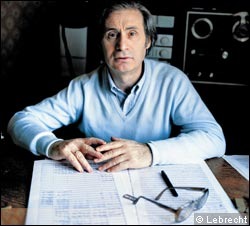 Brahms was an avid collector and editor of old music, and he had a profound antiquarian and musicological interest in the music of the past. Throughout his career, his musical settings clearly reflect his almost academic preoccupation with religious music of the past, foremost among them the music of Johann Sebastian Bach. Brahms’s motet composition, however, are not merely an act of reverent homage to the old master. They also highlight Brahms’s inability to clearly define himself as an individual artist without evoking another, more authoritative artistic figure. Combing his own mixture of half-ironic skepticism and steady self-consciousness with respect to his motet settings, the highly original opening of Op. 74, No. 1 still needed the poise and universality of the traditional chorale to conclude the setting.

Johannes Brahms: Motet Op. 74, Nr. 1
The German philosopher, cultural critic, poet and composer Friedrich Nietzsche (1844-1900) suggested that art at the turn of the 20th century was “dancing in chains.” Good art, according to Nietzsche arises from the imposition of constraints, limits, or conventions upon one’s imagination. And the music of Johann Sebastian Bach represented one important, if at times heavy link of that chain. Composers throughout the 20th century either struggled to escape the influence of Bach, or made the old master relevant in a completely new cultural and musical context. Composed in 1953, the Fuga for Solo Violin is one of Alfred Schnittke’s earliest surviving efforts. In the mold of Bach’s unaccompanied works, the pizzicato presentation of the inverted subject “adds a malevolent undercurrent that symbolizes the close of Stalin’s reign of terror.” Combining the old with the new, Johann Sebastian Bach’s genius will continue to stay relevant, no matter what style, form or convention.