Artists Behind the scenes
Classical Musicians and Misguided Cracks
I wish I had a dollar for each of them!
by Janet Horvath September 24th, 2015 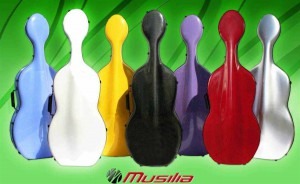 Classical musicians feel misunderstood. Either we are judged as cranky, elitist or aloof or in another incomprehensible world. Innocently, non-musicians will make cracks—some inadvertent, some not. Periodically there have been many articles about what not to say to a classical musician.

Oh do I wish I had a dollar for every time someone made these cracks:

A few days ago after a rehearsal my husband Howie carried my cello into a small restaurant (one cannot leave an instrument in the car) and inevitably someone said to him, “are you gonna play us a tune?” Followed by, “are you any good?” I usually say, I’m the cellist… and I’m working on it.” or “the learning never stops,” or simply “I’m a professional.” A cellist colleague, a male of course, once actually answered that question with, “Damn, I’m good, and I play cello well, too.”

Modern cello cases come in all kinds of cool pastel colors and designs. Often someone will
say, “Wow what a great looking case!” I sometimes forget that if the compliment causes me
to politely smile in response I open myself up to further conversation, “So what are you
carrying in there—a ukulele?” Your boyfriend? A guitar? (And other regional permutations
such as: Do ya’ll play a big ol’ bass gee-tar?) Politically incorrect digs include—
“Whatcha got in there a bazooka? A machine gun? Do you have a body in there? To
remarks like these a bass player who’d had his fill replied, “oh the case is empty…I just
carry it around to stuff people inside…you know those who make comments like yours!” 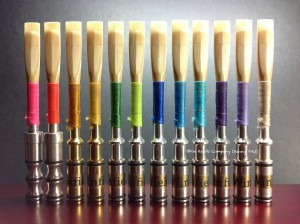 Bach
Cello Suite No. 6 in D Major, BWV 1012
I. Prelude
When a musician is asked, “will you play for our wedding?” we feel flattered, privileged to set the tone for such an important day in someone’s life. Inevitably they tell me that the playing “would be such a gift.” I understand the subtext immediately —they don’t have much of a budget, at least not for music. For a wedding of a friend I felt willing, so I suggested some beautiful solo Bach for the procession, which would involve only one musician—me, keeping costs down. The groom stammered, “My cousin loves to sing… We’re thinking Misty. Can’t you play off this?” And he showed me a guitar chord chart. 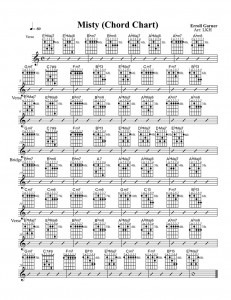 Throughout my career people have asked my husband if I am “still playing cello” like it’s some sort of hobby. A few months after I retired from the Minnesota Orchestra, a byline said, “She used to be a professional musician.”

The question, “What’s your real job?” applies also to those who make instruments and supplies. As you may know, woodwind instruments require a reed as part of the mouthpiece. Reeds can be store-bought or made by the performer. Either way they are painstakingly shaped by hand. Someone in that business told me this story, “People ask what we do for a living. I say we make reeds for musical instruments.” This was once met with puzzled silence. “Evidently the person thought we said we made wreaths and couldn’t understand how we could support our family all year round.”

Some freelancers do have another job to make ends meet. ‪”Oh You play oboe? Is that the big thing that sticks up out of the orchestra? and you’re really an accountant…” he said with understanding and palpable relief. “Sure I’ll pay you $150 to play for our family gathering if you do my taxes this year for free.” The same person would happily pay an exorbitant bill from their plumber or local pest control company.

It’s not just instrumentalists who are the recipients of tiresome jibes. My friend’s
daughter is an opera singer. Once, after yet again being asked to “sing me some tunes,”
she opened her mouth and let several famous opera arias rip—complete with all the
highest notes.

Of course I do feel that it is an honor to play for a funeral and have done so gratis many times. Wordlessly we musicians can express the inexpressible—heartfelt emotions when someone has suffered a loss. But funerals too can result in hilarious situations:

“As a bagpiper, I play many gigs. Recently I was asked by a funeral director to play at a graveside service for a homeless man. He had no family or friends, so the service was to be at a pauper’s cemetery in the Kentucky backcountry. I was not familiar with the backwoods and I got lost. Finally I arrived an hour late and saw the funeral guy had evidently gone and the hearse was nowhere in sight.

Only the gravediggers and crew were left. They were seated a few feet away eating their lunch. I apologized profusely to the men for being late and approached the side of the grave. Looking down I noticed that the vault lid was already in place. I didn’t know what else to do, so I started to play.

The workers put down their lunches and began to gather around. I played my heart out for this poor deceased man—no family or friends to mourn him. I played like I’ve never played before. Then I concluded with ‘Amazing Grace.’ The workers began to weep. Then I wept too and we all sniffled together. When I was finished I packed up my bagpipes and headed toward my car. Though my head hung low my heart was full.

As I opened the door to my car, one of the workers said, “I never seen nothin’ like that before and I’ve been putting in septic tanks for twenty years.”
(from JTBlues)