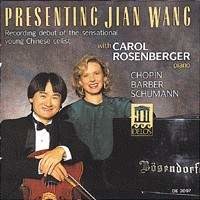 Frédéric Chopin wrote his Cello Sonata in G minor, Op. 65 in 1846. It is one of only nine works by Chopin published during his lifetime that were written for instruments other than piano. The Cello Sonata also has the distinction of being the last of Chopin’s works to be published in his lifetime.

The sonata was written for and dedicated to Auguste Franchomme, and it was played by Franchomme and Chopin at the composer’s last public concert, in Paris at the Salle Playel on 16 February 1848.