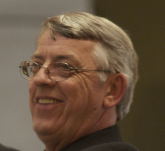 Opera chorusmaster, a profession steeped in mystery and nuance. An invaluable member of the opera company, he or she is a general training the troops by day and commanding them on the battlefield by night. This is no mere choral director, but a leader, supporter, parent and therapist all in one. What makes a good chorusmaster? What are their work-related responsibilities? In an age of guest artistry and specialists, the chorusmaster is a rare constant that joins quality with music-making and is the epitome of the company’s morale.

No one knows when or where the training of the chorusmaster begins. Most often, they are introduced to choral singing as children, yet do not remain in that capacity for long, nor become opera singers. Concurrent to the association with the vocal world, they embark on the path to become pianists. The opera business being multinational, at many points along the way, the future chorusmaster undertakes intense language instruction. Later, they are likely to be vocal coaches, the people responsible for teaching opera singers their music at the piano. After all, a person who is to lead a chorus, must know how to approach a single singer, to fix their problems, so to speak. Throughout their early careers, they are likely to be rehearsal pianists, immersed in the opera repertoire. Finally but not always, they are conductors who take on tremendous responsibilities of mounting entire productions and preparing the orchestra. Most of these attributes are essential in an idealistic perception of what a chorusmaster represents. After all, he or she has to be familiar with every aspect of musical and operatic preparation to properly function in the role. 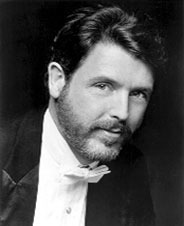 Everything described so far would qualify to possibly answer the question: “What makes a chorusmaster?” What it is that they do or are responsible for is much more difficult a task to explain. Basically, a chorusmaster prepares the singers of the opera chorus for staging rehearsals with the stage director and ultimately has to balance his or her own vision of the music with that of the conductor, who in the end is responsible for the entire musical creation. If that’s confusing, welcome to opera. If you are like me, you like chorus operas. This is when the chorus is given a substantial chunk of music and theatrical might, to move or affect the plot of the opera. Yes, there are operas without chorus, but they are not the majority. Opera choruses comprise followers, soldiers, prisoners, court nobles, slaves, or just about anything that aids the theatrical representation of the events. In the case of George Gershwin’s Porgy and Bess, the chorus is the emotional and atmospheric backdrop of the entire opera. In a recent production of the Howard Shore’s The Fly, based on the sci-fi book (later adapted for the screen), the chorus portrays the computer playback, which becomes the protagonist/antagonist’s internal monologue. In essence, the task of the chorusmaster is to properly transmit the theatrical power of the chorus, which often becomes essential to the success of the production.

The two opera chorusmasters whose work I had the pleasure to observe are Ian Robertson of San Francisco Opera and William Vendice of Los Angeles Opera. They are conductors, who have led scores of opera productions all over the world. They have an intimate knowledge of the vast operatic repertoire. They are fabulous pianists and cunning linguists. But more importantly, they are leaders. Everything is a process, and music is no exception. They lead rehearsals, where at first the chorus does not know a single note or a word. Through patience and meticulous attention to quality, they guide the chorus that often exceeds eighty individuals through hours of rehearsals. Slowly, the singers are able to grasp the linguistic and musical difficulties and begin to sing off-book. Then, the chorus is thrown into staging rehearsals, where the chorusmaster is the constant buffer between the needs of the stage director and the demands of the conductor. This task continues up to main-stage rehearsals with costumes and make-up and then throughout the performance run.