The following is a fictional story. Any resemblance to actual individuals or events is purely coincidental. 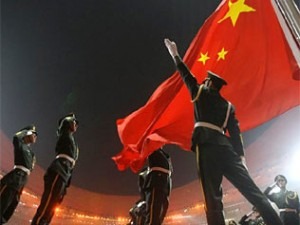 An internationally renowned conductor is invited to lead the New Year concert at one of the most prestigious halls in China. The maestro kindly suggests a repertoire which is not far from the spirit of the New Year, including the works of Strauss, Tchaikovsky and so on. The concert organisers humbly give their feedback: “We definitely need more Chinese elements.”

Later, the poor maestro looks at the programme they have sent him, which reveals that he is allocated three short western pieces along with several Chinese pieces suggested by the organiser.


“Why me then?” he asks. The respected conductor is very confused. “Why take the trouble to invite a western conductor to conduct Chinese pieces that he has never heard of before?” But after a run of friendly discussions, the repertoire is confirmed: a mixed bag of works by both eastern and western composers.

The story, however, hasn’t yet come to an end. It has only just started.

The programme is later submitted to the higher authority as per protocol. The official skims it and asks: “Instead of Tchaikovsky, why not ask the violinist to play the Butterfly Lovers?”

And this decision is no doubt sad news for the artists. The young Russian violinist is struggling with a choice between giving up his debut performance in China and working up a miracle by learning the Butterfly Lovers in fifteen days whilst fulfilling his other engagements.

This is not good news for the hall either. No one dares tell the official why it is problematic to change the programme at such short notice. On the other hand, the programme change is a risk that could result in the violinist leaving, at great difficulty and cost to the organisers, who must then find a replacement.

But the best often comes from the worst. To retain the violinist’s original piece, the organisers compromise. They suggest sticking with the original plan, but changing one of the Chinese pieces to the Party’s favourite, Ode to the Red Flag (which I have to admit is the best solution among the very limited options).

Once again, many explanations and mail exchanges ensue. To make a long story short, the Party is pleased, the violinist is relieved and the maestro is startled as he has just finished studying the score of the originally proposed Chinese piece, despite his own artistic views about it. Well, at least now the number of unhappy people is as low as possible.

I have to say, the story actually reminds me of another incident that occurred some years ago. When the Bayerischen Rundfunks made their first visit to China, the head of an important government department went backstage at the end of the concert and met the general manager of the venue. Praising him for his excellent work, he then suggested: “The next time you invite western orchestras, you should ask them to play some Chinese pieces at the end.” The manager couldn’t stop nodding his head. “Yes absolutely. It’s a good idea.”

The director continued: “In fact, the request should be put in all contracts in the future.”

And now, back to the question which puzzles the maestro, a question which has been a source of confusion for many foreign musicians. “Why?” they ask. “Why spend so much money inviting us to play Chinese pieces that we are not familiar with? Those won’t be our best performances.”

But that is exactly the point! We Chinese like to see western faces on our stages, and moreover, we like to watch foreigners learn and play our compositions. Top orchestras – so what? Top artists – so what? Chopin, Tchaikovsky – so what? This is China, and we are big, strong and better than ever! Such is the mentality of the Chinese audience.

I have a dream that one day, with the tireless efforts of so many of these people, every musician on the planet will know and play Ode to the Red Flag.

But then again – so what?