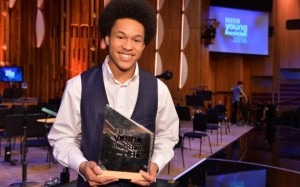 Bartok may have declared that competitions were “for horses”, but this year’s prestigious BBC Young Musician competition, which has just reached its thrilling conclusion with the prize being awarded to cellist Sheku Kanneh-Mason, proved above all that music brings joy and pleasure to those who play it, teach it, engage with it and listen to it.

In the nearly 40 years since the competition to find the nation’s top young classical talent was founded the competition has become something of a national treasure. The competition has produced some wonderful homegrown talent, including Nicholas Daniel (oboe), Emma Johnson (clarinet), David Pyatt (horn), Freddy Kempf (piano), Nicola Benedetti (violin) and Benjamin Grosvenor (winner of the keyboard category in 2004), and regularly provokes important debates about child prodigies, the hot-housing of talented children, private and specialist music schools, and music education in the UK. Fundamentally, however, the competition emphasises the immense satisfaction that comes from engaging in music, and the final at London’s Barbican hall was very much a celebration of shared music making.

In the old days, when I watched the programme avidly as a teenage piano student (frustrated that I was never quite good enough to enter the competition), it was all rather geeky and, frankly, cringeworthy. In recent years, the programme has had a glitzy makeover and now bears more than a passing resemblance to shows like Britain’s Got Talent and X-Factor, though the format remains the same. And in a neat piece of continuity, Clemency Burton-Hill, daughter of the competition’s co-creator Humphrey Burton, was presenter of the 2016 competition’s television coverage and the final concert. 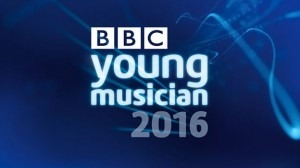 Participants compete in instrumental categories (keyboard, strings, brass, woodwind and percussion) and the winners of each category go forward to the semi-final. The range of instruments and repertoire begs the question of how one chooses between one young musician and another because each instrument, and the selected repertoire, presents its own unique technical, artistic and emotional challenges. At this stage of the competition, technical mastery of one’s instrument is a given, and in the end, the judgement comes down to aspects such as communication, stage presence and musicality.

All the young people who take part in the BBC Young Musician competition display immense dedication, putting the hours in to practise and hone their craft. As such, they are wonderful role models in an age where instant gratification and easy success, peddled by shows like X-Factor, seems to be the norm: they prove that determination, self-motivation and above all real passion can reap real and lasting rewards, provide inspiration to future generations of young musicians, and offer audiences young and old the wonderful experience that is live classical music.

This year’s winner, Sheku Kanneh-Mason, and the other finalists Ben Goldscheider and Jess Gillam, are undoubtedly enormously talented young people, but they are also down-to-earth and entirely likeable, and as such they are fantastic ambassadors for their chosen art form. At a time when encouraging more young people to explore classical music and “audience engagement” are significant preoccupations of performers, concert promoters and venue managers, I sincerely hope that these fantastic young musicians are given the opportunity to inspire other young people from all walks of life to engage with and explore classical music.