Features
The Best of Tchaikovsky
Reflections on the 2015 Tchaikovsky Competition
by Ellen Wong Tso July 18th, 2015 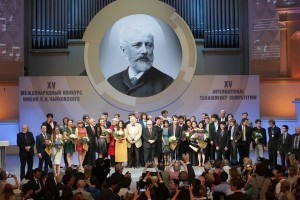 Sadly, the 2015 Tchaikovsky Competition, celebrating the 175th anniversary of the composer’s birth, ended this week. After numerous hours of intense music listening, from thousands of miles away via Medici TV, my adrenaline rush climaxed with the two final galas which to me formed the highlight of the competition, as they showcased all the winning candidates in their most favourable light (repertoire selections reflected their strengths). It was definitely a worthwhile two weeks of inadequate sleep, addiction to the screen, and emotional roller coaster ride with the competitors in real time.

This prestigious competition, under recent leadership of conductor Valery Gergiev, is by far the most musician-centric competition I personally have experienced. There was no indication that the judges were there to expand their empire, escalate their egos or acquire more talents under their wings. Besides, the professional status of these venerable judges is so high up there that they really do not need extra feathers in their hats. The interviews with members of the jury were most invaluable. So much of their humanity came through, exhibiting “learnedness”, wisdom as well as compassion.

With piano, violin, cello and voice presented under one umbrella, there was a sense of unity among these instruments, validating the fact that music indeed transcends all disciplines. Other competitions usually feature exclusively one instrument, which put the focus inevitably on its technical aspects. But here, I really felt it was truly a “MUSIC” competition. In addition, I felt an inexplicable sense of camaraderie with the millions of viewers (music lovers undoubtedly) from over 160 countries around the world, who participated along with me watching Medici TV in real time (sometimes into the wee hours of the night)!

As for the prize winners, here are my thoughts:

1) Lucas Debargue from France (4th prize): a relatively newcomer to the music scene, who was studying literature and art before deciding at age 20 (4 years ago) to focus on his pianistic development – showed that artistry can be manifested in sparsely few words (i.e. notes). His “Valse Sentimentale” – Tchaikovsky op. 51 #6 – programmed in the 1st final gala was simple but complex, and yet it stood up well alongside all these gigantic concerti by Prokofiev and Tchaikovsky. One could hear a pin drop throughout his performance. The audience was mesmerized! 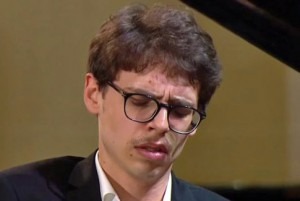 2) Lukas Geniusas from Russia/Lithuania (shared 2nd prize) : a pedigreed musician (grandmother and parents were renowned pianists) and a veteran of piano competitions (silver medallist at the Chopin Competition in 2010) – demonstrated that volumes could be said with minimal choreography. His Chopin Etudes op. 10, # 3 to #6 (2nd round) were effectively expressed with his fingers and heart, no need for elaborate gestures and facial contortions. It is apparent that music is his mother tongue.

3) George Li from U.S.A. (shared 2nd prize) : a recipient of much recognition and publicity as a child prodigy. Now at age 19, he had already collected a long list of accolades prior to entering this competition. He clearly displayed talent, virtuosity and technical prowess, and must be every Chinese parent’s dream son – attends Harvard and plays piano like Lang Lang!

4) I personally would not pay any money to hear the 1st prize Russian winner Dmitry Masleev in concert, though there must be reasons the judges were impressed with him. He won the Mozart Piano Concerto special award, and I must have lost sleep wondering why. However, I would like to hear the Polish semi-finalist Julia Kociuban again in the future, hopefully with less erratic rubatos and more polished stage presence – rather than behaving like a school girl taking piano exams. 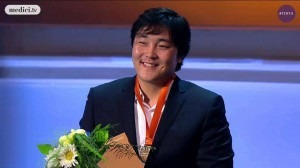 5) Overall, the violinists Haik Kazazyan from Russia (3rd prize), and Clara-Jumi Kang from Germany (4th prize) were most inspirational. I was deeply moved by the performances of cellists Pablo Ferrandez Castro from Spain (4th prize) and Andrei Ionet Ionita from Romania (1st prize). And of course, the Mongolian baritone, Ariunbaatar Ganbaatar, who captured the Grand Prix, totally blew me away with his amazingly powerful voice. He certainly proved that one can win big without having received training in those wildly sought-after famed music institutions.

However, the defining moments of the whole competition (and the most sublime) were in the Tchaikovsky 2nd Piano Concerto, 2nd Movement, when the concert master and principal cellist from the State Academic Symphony Orchestra of Russia engaged in the most incredible goose-bump inducing dialogue with pianist Lukas Geniusas (his final round). In my opinion, those moments were Tchaikovsky at his best. I can replay that movement a hundred times :