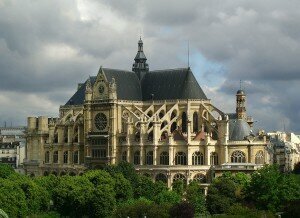 On 30 April 1855, an ensemble of 950 performers piled into the Church of Saint-Eustache, in Paris. They were getting ready to finally premier a Berlioz work that had been specifically composed for the coronation of Louis Napoleon Bonaparte in 1852. The original impulse for the Te Deum (We praise you, oh Lord) was provided by the revolution that broke out in February 1848. 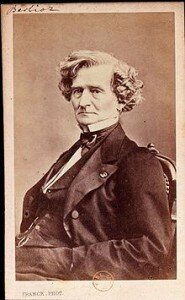 This revolution led to the arrival of a new leader for France, Louis Napoleon Bonaparte, the nephew of the real Napoleon. He was elected president in December 1848, but would dissolve parliament in 1851 and declare himself Emperor a year later. For one reason or another, the coronation performance did not come to pass, and Berlioz had to wait for the opening of an 1855 Industry Fair to bring his work to the public. 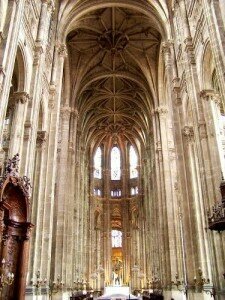 At the event, Berlioz enjoyed one of the great triumphs of his career. The very same evening he wrote to his friend Franz Liszt, “…the Te Deum was performed today with the most magnificent precision. It was colossal. My God, if only you had been there. I assure you that it is a tremendous work, with the final movement surpassing all the enormities of which I am guilty up to now.” In his Memoirs, Berlioz referred to the work as one of “the enormous compositions which some critics have called architectural or monumental music.” Monumental is indeed the correct description, as verified by a critic for The Times in 1887. “The score is laid out on a colossal, almost impossible, plan, Berlioz requiring an orchestra of 134 performers, an organ at the opposite end of the church or concert-room, two choirs of 100 singers each, and a third choir of 600 boys, placed midway between organ and orchestra and representing the congregation… the work did not fail to impress the audience with the innate beauty and grandeur of its structure.”