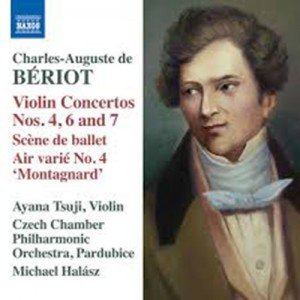 In 1896 The Strad described Charles Auguste de Bériot, whose playing created a sensation in London and Paris, as ‘the founder of the modern Franco-Belgian [violin] school’. His Violin Concertos include plenty of innovative features, such as ricochet bowing, double-stops and harmonics. These techniques and other innovations in formal structure are, however, all in the service of expressive communication and stylish elegance. The romantic Scène de ballet is perhaps Bériot’s best known work, while the Air Varié, Op. 5 follows a long tradition of writing variations on popular themes.