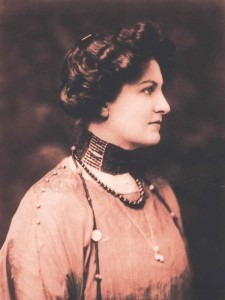 In the summer of 1910, Gustav and Alma Mahler once more made their way to Toblach for their annual summer routine. Their personal relationship, however, was becoming severely strained. Much of the marital discontent can be traced back to the beginnings of the relationship. After they got married, things quickly settled into an uneasy routine, with Alma taking care of two children and Gustav preoccupied with his work. “Work, exaltation, self-denial and the never-ending quest were his whole life…he noticed nothing of all it cost me. He was utterly self-centered by nature…” wrote Alma in her memoirs. Although her accounts are not entirely trustworthy, is it certain that she blamed Gustav for the death of her daughter Maria Anna, who in the summer of 1907 had died as the result of scarlet fever and diphtheria. Alma maintained that Gustav had tempted fate by composing his song cycle Kindertotenlieder (Songs on the Death of Children) while both daughters were still alive.

Following his diagnosis of heart disease, Mahler quickly withdrew to a world of morbid visions and deep trauma. Things came to a head in the summer of 1910. Alma went to a spa at Tobelbad in the Austrian province of Styria, while Gustav went to Munich to prepare for the premiere of his Eighth Symphony. At the spa, Alma met the young architect Walter Gropius—along with Le Corbusier and Frank Lloyd Wright, widely regarded as one of the pioneering masters of modern architecture—and they soon engaged in a passionate and all-consuming affair. Soon after Alma arrived in Toblach to join her husband, a love letter from Gropius ended up in Mahler’s hands. In fact, Alma accused Gropius of intentionally misaddressing the envelope in order to expose the affair and enabling her to leave her husband. Not entirely unexpected, the letter and subsequent confession proofed devastating for Mahler, who was ill with depression and guilt, and haunted by the fear that Alma would leave him. Within a week, Gropius made an unannounced visit to Toblach and Mahler forced Alma to make a decision. In the event, Alma stayed with Mahler, yet continued her affair with Gropius. Mahler in turn sought professional help from Sigmund Freud.

During this volatile time of emotional upheaval, Mahler did manage to draft a Tenth Symphony. Littered with agonizing commentaries on the heart wrenching events of the summer, Mahler envisioned a 5-movement layout, and produced a nearly continuous sketch for the entire work. Mahler completed the first movement marked “Adagio,” but a bout with bacterial endocarditis cut short his artistic statement, and Mahler died in Vienna, on 18 May 1911. The Tenth Symphony was quickly forgotten, as Alma engaged in a short and passionate love affair with the famous Viennese biologist Paul Kammerer. Kammerer threatened Alma that he would shoot himself on Gustav Mahler’s grave if she did not marry him. In the event, Alma left him for the young painter Oskar Kokoschka, and Kammerer did commit suicide in 1926, albeit on a mountain near Vienna. 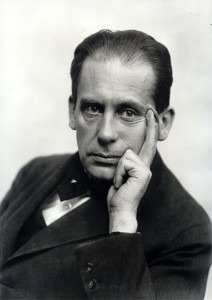 In 1915 Walter Gropius did marry Alma Mahler, and they had a daughter named Manon. When Manon died of polio at age 18 in 1935, composer Alban Berg wrote his Violin Concerto in memory of her, and inscribed it “to the memory of an angel.” Gropius and Alma, who had by this time established a relationship with Franz Werfel, divorced in 1920. For nearly 13 years, Alma Mahler retained the “… precious right to protect as my own the treasure of my late husband’s Tenth Symphony… But now I feel it my duty to make known the last thoughts of the master.” In 1924, as such, Alma published the complete sketches in facsimile, edited by Ernst Krenek. Krenek decided that only the first and third movements could be performed without “paraphrasing upon the ideas of a departed master,” and these movements, with additions by Franz Schalk and Alexander von Zemlinsky, were performed on 12 October 1924. Since then, a number of musicologists have fleshed-out all of Mahler’s sketches, most notably Deryck Cooke, who still had the pleasure of having his version personally banned by Alma Mahler. Alma married Werfel in 1929, but her most illuminating affair took place in 1932. At the funeral for Cardinal Innitzer, Alma met the priest and theology professor Johannes Hollnsteiner, seen by many to be Vienna’s next cardinal. Of course, I can’t tell you what was said in confession, but Hollnsteiner was surely Alma’s only lover who said mass for her soul!