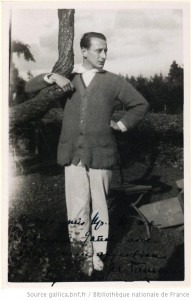 The French novelist, poet, and playwright Jules Gabriel Verne is frequently called the “Father of Science Fiction.” Verne collaborated with the publisher Pierre-Jules Hetzel and issued a widely popular series of adventure novels that included Journey to the Center of the Earth (1864), Twenty Thousand Leagues under the Sea (1870), and possibly most famously, Around the World in Eighty Days (1873). The story starts at the Reform Club in London on 1 October 1872. Phileas Fogg is a rich British gentleman living in solitude; he gets involved in an argument that postulates that the opening of a new railway section in India now makes it possible to travel round the world in 80 days. Eventually, he accepts a wager from a fellow club member and together with his French valet Passepartout sets out to circumnavigate the globe.

Compared to our modern-day whizzing around the planet, 80 days do seem a rather long time. But to cover the greatest possible distance in the shortest period of time is actually called racing, and not traveling! It has been said, “travel is fatal to prejudice, bigotry, and narrow-mindedness.” Essentially, we travel not to escape life, but for life not to escape us. Maybe that’s why the composer Alexandre Tansman embarked on a journey around the world in 1932/33 that took him the better part of a year! Taking Paris as his starting point, the journey first reached the United States, with Arthur Toscanini conducting the New York Philharmonic Society in Tansman’s Quatre Danses Polonaises in New York City. He then traveled west to California, and after visiting the shores of Hawaii he arrives in Japan. Apparently, he was an official and personal guest of Emperor Hirohito, and after some time spent in the land of the rising sun, Tansman continued his journey via Shanghai, Hong Kong and the Philippines to Singapore. From the Indonesian islands of Java, Bali and Sumatra, his journey took him to Ceylon (Sri Lanka) and India. Once there, he had the opportunity to meet Mahatma Gandhi before continuing his world tour with visits to the Balearic Islands and to Egypt. It all concluded in Italy with stays in Naples and Rome, which included a private audience with Pope Pius XI. After nearly a year of traveling adventures, Tansman returned to his home in Paris. 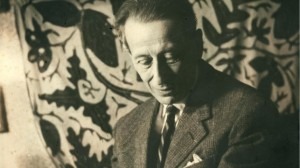 Since traveling will leave you speechless but eventually turn you into a storyteller, Tansman encoded his impression into a set of charming piano pieces entitled Le Tour du monde en miniature. The musical journey takes us from the coconut groves in Hollywood to the Beaches of Honolulu and a glorious sunrise in Nikko! Visit the Shanghai bird market and listen to the gongs in a Hong Kong temple. Musically sail the Philippine Islands, observe the snake charmers in Singapore, and watch the monkeys in the Penang Jungle. And there is also the bamboo flute in the Bandoeng forest and a gamelan orchestra in Bali. There is always time to catch the white elephants of Ceylon, and the towers of silence in Bombay. Finally, experience a night on the Nile River, the Port of Sóller in Mallorca, and capture a romantic evening in Naples.

The BBC in London first performed this collection of miniatures with the composer himself at the piano. Much of Tansman’s music is “impregnated with a particular light charm intertwined with tenderness and melancholy, and he is able to unite somehow tendencies which are apparently divergent. His language remains, of course, very Polish but is, at the same time, very universal.” Tansman spoke seven languages, traveled extensively and essentially was a citizen of the world. “His compositional style includes tonality, atonality, jazz, serial technique and Polish folk idioms, and reveals his affinity for motoric rhythms, his abiding love of lyricism and an almost religious enthusiasm for neo-classicism.” In 1941, while Tansman’s music was being performed on a regular basis worldwide, a critic wrote “he is one of the leading composers of his time, and among the first ten in the list of contemporary composers whose works are most performed on concert programs today.” The years following the war are marked by Tansman’s growing artistic isolation, and his music gradually disappeared from the spotlight. Thankfully, it is making a well-deserved comeback in the 21st century.