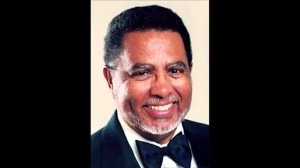 We often think of the symphonic form as being the province of the 19th century. Yet, the contributions by modern symphonists have permitted the orchestral form to develop and resonate with the new era.

Adolphus Hailstork is professor of music and composer at Old Dominion University in Norfolk, Virginia. As a composer, he’s written music for chorus, solo voice, piano, organ, various chamber ensembles, band, and orchestra. His study at Howard University, the Manhattan School of Music and Michigan State have given him grounding in the European and American music traditions, including a healthy dose of African American influences.

His three symphonies, written between 1987 and 2002, show an interesting development of a composer. His first symphony, written for a summer music festival, is a simple work based on the classical fast-slow-dance-fast structure. He uses the classical forms such as sonata-allegro in the first movement, an ABA ternary structure in the second movement. The third movement scherzo takes its inspiration from a quick buzzy motif in the strings and winds. The final movement rondo takes themes from the earlier three movements to round out the work.

Hailstork: Symphony No. 1: III. Scherzo: Allegretto (Virginia Symphony Orchestra; JoAnne Falletta, cond.)
His second symphony from 1996 is a much more complex work, inspired by a trip to Africa that year. While in Ghana, he writes, ‘…I visited the forts along the coast of Ghana, and saw the dungeons where the slaves were held before being shipped overseas. I put my reaction to that sad scene in movement two of this symphony. In movement four I sought to reflect the determination of people who had arrived in America as slaves, but struggled, with courage and faith, against numerous odds.’ The first movement starts with an incredible driving foreboding.

Hailstork: Symphony No. 2: I. Allegro (Grand Rapids Symphony; David Lockington, cond.)
The third symphony (2002) started with a ‘snappy little trumpet tune’ that became the point of departure for the whole work. The trumpet melody itself is in eighth notes (quavers), ‘grouped as 6 + 8 + 13 over three measures of 9/8 meter.’ Adding to the shift in the rhythm is the fact that the trumpet melody is composed mostly in the pentatonic scale with the addition of an extra leading tone (F#) at the end.

Hailstork: Symphony No. 3: I. Vivace (Grand Rapids Symphony; David Lockington, cond.)
Over the course of these three modern symphonies, we can hear how the composer comes to trust his own compositional skills. In the first symphony, he tries for a simplicity of structure that is sometimes at odds with the musical material. In the second symphony, the overwhelming burden of the historical story makes it difficult for the listener to separate challenges of history from the musical ideas. As listeners, we’re balancing 150 years of history on top of the music. The third symphony, however, springing from a truly original melody, shows how Hailstork has developed a balance between his musical ideas and the structure.