E15 is the name that has been given to the Icelandic volcano, Eyjafjallajökull, by journalists who were struggling to pronounce the full name properly. The nickname is derived from the somewhat daunting number of letters that come after the E.

So why am I grateful to E15? Well, I was scheduled to be in London the week of the eruption and as usual, all my concerts had been planned and tickets booked. I was awaiting my date with Mark Padmore at the ENO with excited anticipation, along with the meeting with Il Turco in Italia at the Royal Opera House, not to mention dinner with my children at Jamie Oliver’s new restaurant. But suddenly there I was, bags all packed and my flight cancelled!

Despite the disappointment, I consider myself very lucky to have been stranded at home. Just think of all those travellers forced to extend their stay in a foreign city, unable to fulfil their personal and professional obligations. It must have been a very stressful time. 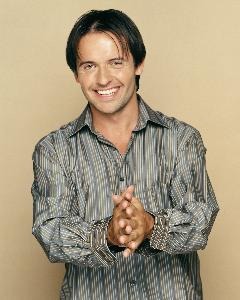 One such unfortunate traveller was British pianist Simon Mulligan. Well, unfortunate for him, but most definitely fortunate for me, as I was lucky enough to attend a small, last minute, private concert organised to make the most of his enforced stay in Hong Kong. I was invited by my friend Lydia, a great music lover. Thanks to her, the evening turned out to be one of the most delightful I have had this year.

The concert was held in a beautiful house with the capacity to seat an audience of 50. Simon, a true gentleman, prepared a programme to accommodate the personal requests of various friends. The result was an eclectic mix of music, including Beethoven’s La Pathétique, followed by Brahms, Chopin and Schubert. Interspersed through these were Simon’s rearrangements of pieces by Moszkowski and Gershwin.

The small audience was composed mainly of Simon’s friends and acquaintances, catching up over a glass of wine in the warm and cosy atmosphere, relishing the excitement of an intimate soirée and a close encounter with a charming pianist. The scene was reminiscent of the salons of the Romantic period.

The performance was sans faute, and I admire Simon’s amazing ability to switch effortlessly from Schubert to Gershwin. The highlights of the programme for me were the excerpts from the ‘From Foreign Lands Suite’ by Polish composer Moritz Moszkowski, originally for four hands but rearranged by Simon to be played solo.

I had never heard the Suite before. Actually, the only time I have ever heard Moszkowski was in a Horowitz video recorded in Vienna. The Suite comprises six parts, each one named after a different country. Three countries were played that evening: Russia, Germany and Italy. The music was vivid and colourful, especially Italy, which conjured up scenes of the Italian coast and the good nature of its inhabitants.

Another highlight was Chopin’s Waltz in C Minor, Op. 64, No. 2. The rendition was subtle and delicate, each note resembling little pearls sliding down the side of a crystal bowl. The Waltz itself was playful and candid, with a touch of sensuality simmering just below the surface. It was simply magnifique.

For the encore, Simon played two of his own compositions: Sainte Croix in the Rain and Sassafras. Through these two pieces of music, a different Simon emerged , more demonstrative with relaxed body language. He had been in the music throughout the evening, but now the music was in him. He was transported on a different voyage. It was amazing to listen to him and watch him as he and his music became one. You could almost hear the beat of his heart through the notes.

Sainte Croix in the Rain was written one rainy day on the island of St. Croix, inspired by the great pianist and composer Oscar Levant’s memoirs, A Smattering of Ignorance. “The drizzling rain against the windows and the melancholic tone of the book brought about the tune”, explained Simon. That said, I found the melody positive and uplifting – a fitting homage to both a versatile talent and a beautiful island.

Sassafras, on the other hand, derives its name from an American tree from the laurel family, whose aromatic roots are often used in recipes. It was written while Simon was travelling with his jazz quartet to Shanghai for a performance. Being a food lover, Simon picked this delicious sounding word and named his new piece after it. The music conveys the mood of the moment; it is at once joyful and light hearted, elucidating the happiness of being with fellow musicians mixed with the fond memories of enjoyable meals. It is the music of life and the love of life.

If we ever again have the privilege of having Simon for a private concert, I believe the best thing to do would be to give him a carte blanche. First we would enjoy a glass of wine together and listen to him talk as we nibble on canapés or dim sum. Then he should play as the mood strikes him. I am convinced it would be an unusual, unique and exquisite experience.