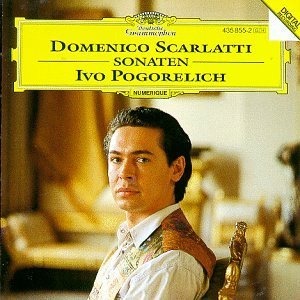 Son of Alessandro, Domenico wrote 555 sonatas, and after Horowitz made several recordings of them, there was a surge of popularity for Scarlatti, whose work was unfortunately rarely performed in public.

Pogorelich’s interpretation of the sonatas is spectacular, in a very intellectual way, it is articulate, precise, skillful and technically accomplished.