Artists Behind the scenes
What Makes a Good Conductor?
by Janet Horvath October 25th, 2014 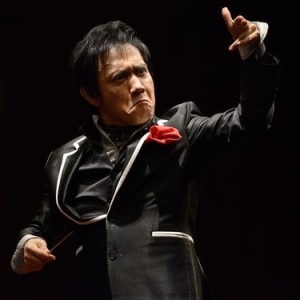 What makes a good conductor? Ask any musician— you’ll get as many answers. Gone is the despotism and snarky remarks that were tolerated from great Maestros such as Arturo Toscanini, Fritz Reiner, George Szell and Sir Thomas Beecham. Their tirades are, in retrospect, told and retold as great mythology. Today we have a spate of young, charismatic — and shall we say even friendly — maestros all under the age of 45: Gustavo Dudamel in Los Angeles, Yannick Nézet-Séguin in Philadelphia, Alan Gilbert in New York, Joseph Young assistant conductor of the Atlanta Symphony, the first African-American conductor appointed to the Orchestra Susanna Mälkki, the first woman to be appointed chief conductor of the Helsinki Philharmonic, Vladimir Jurowski of the London Philharmonic and Andris Nelsons, newly appointed maestro of the Boston Symphony. 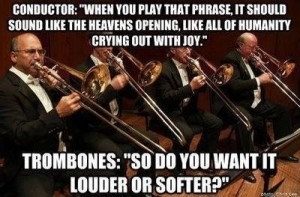 An orchestra will judge a conductor often by the first upbeat (or even as they walk to the podium) just as a literary critic will judge a book by its first line.

Take it from me, orchestral musicians dislike long drawn out lectures from the maestro on how a passage should go. That’s where the famous adage comes from “Do you want it louder or softer; faster or slower??” But to be fair, conductors encounter musicians whose attitudes are uncooperative, “Jeeze we’ve done it like this for decades and you want us to change it?” Mutual respect is essential. I think I can indicate what musicians expect.

Preparation. There is no excuse for a conductor arriving without really knowing the score and without a concept or interpretation that the he or she is trying to attain. Musicians are exposed when they play and to a person have prepared their parts. 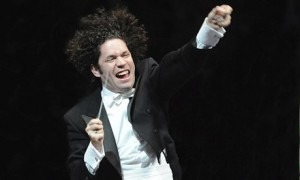 Imaginative programming. Musicians as well as audiences yearn for a variety of music. What is enjoyable to hear may not be as much fun to play. It’s important to challenge the musicians and not belabor the warhorses too much. Both audiences and musicians can benefit from the challenges of learning and hearing less familiar repertoire.

Clarity. Just as musicians must learn their craft, it is essential that a conductor’s beat is clear and their body language conveys the essence of the interpretation so that long-winded explanations are unnecessary. 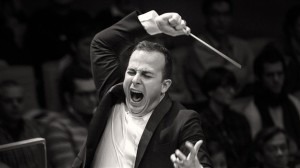 Planned rehearsals. There have been too many occasions that the conductor runs out of rehearsal time and we musicians must divine the intentions in the concert. Then we feel like we are walking on eggshells. The conductor must learn to get things done in the time allotted.

Avoid rigidity — ‘It’s my way or the highway’ doesn’t work well in an orchestra. The solo instrumentalist in a work invariably wishes to express it unfettered.

A conductor who allows the musician to interpret their solo without getting “in their face” is much more successful. 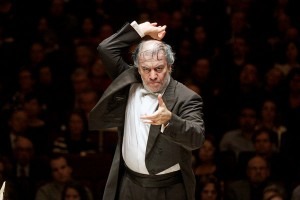 Commitment to the music. It’s essential that the goal be genuine and heartfelt music making. Ideally, probing the underlying intent of the composer will result in interpretative depth. While more modern music can hide the fact that depth is missing, it is immediately apparent in the music of Brahms, Beethoven and Mozart, which require honoring traditions while infusing new ideas.

Confidence. The musicians will respect a conductor who understands when to stand their ground and when to back off and, dare I say, — even admit that they’ve made an error. (Who doesn’t?) 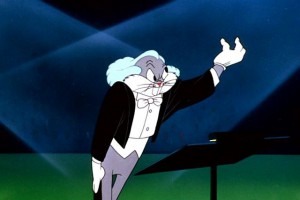 Egos should be in check. Conductors who make extravagant gestures and orgasmic expressions just to show off to the audience— especially when concertgoers are behind the orchestra—are called all kinds of names behind their backs for these moves including, “he looks like he is shoveling shit.” Or , “Is this a game of tug-of-war?” We especially love when the conductor crouches down under the music on their podium to get an extra soft pianissimo. The drama is more important that the musicians seeing the beat! 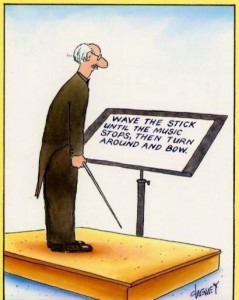 Most audiences don’t realize that an orchestra can make a conductor sound good in when the above-mentioned attributes are absent. In fact, we’ve had conductors who make errors which have almost caused “train wrecks,”—like the conductor who conducted a work in two when the meter was ¾, or in three; or the one who forgot the last chord of a piece and we didn’t know whether to stop, to play or to inhale the last note; or the conductor who was lost in a day-dream during the soloist’s solo cadenza and forgot to bring the orchestra in. Often during such a concert any musician who might bravely play, who knew where we were when the conductor was lost, would be followed with gusto. That person who “saved” the performance was offered, euphemistically speaking, the “Golden Baton Award.”

Chemistry between an orchestra and conductor is wonderful when it happens and if the conductor keeps growing artistically the orchestra will grow with you.