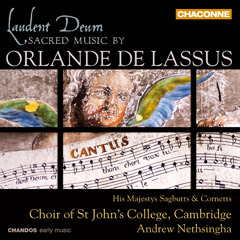 
Orlande de Lassus was a Franco-Flemish composer of the late Renaissance, he is considered today to be the chief representative of the polyphonic style.