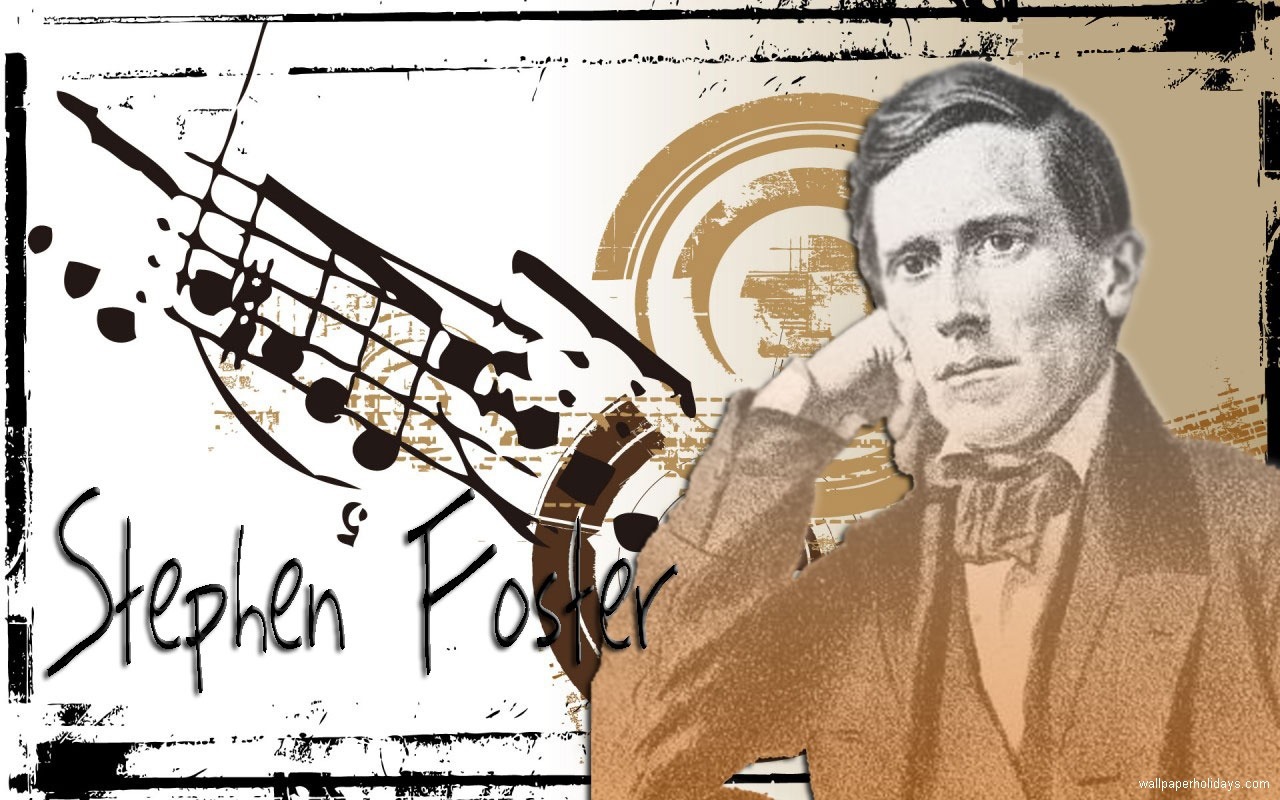 Stephen Foster: I dream of Jeannie with the light brown hair

To everyone’s surprise, Stephen Foster married Jane McDowell, daughter of a leading Pittsburgh physician, on 22 July 1850. For friends and mutual acquaintances, it remained a mystery why the couple got together in the first place. Jane was not really fond of music and Stephen rather indifferent to feminine charms and physical attraction. There certainly was no trace of romance between them, excepting that Jane gave birth to their only child exactly nine months to the day after the wedding. Stephen did compose one of his more popular parlor songs, “Jeanie with the Light Brown Hair” with his wife in mind, but the honeymoon was rather short lived.

The manual for having a successful marriage has not yet been written, but Stephen and Jane really tried to get it wrong from the start. Immediately after the wedding, the couple moved into the home of Stephen’s family in Allegheny. Stephen was slavishly devoted to his mother Eliza and his sister, and Jane would almost certainly not have felt entirely welcome. By all accounts, Stephen was a friendly, good-natured and sociable chap when he was not working. His demeanor changed completely, however, when he was composing. He became exceedingly serious and emotionally detached, requiring long periods of utter silence and solitude. This approach seemed to have worked for the process of composition, but it did little to establish a loving and caring relationship with his young wife. And let’s not forget that Stephen was constantly teetering on the brink of financial insolvency as well. 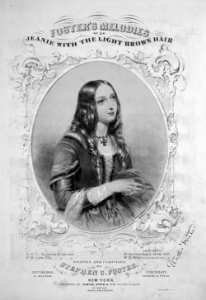 By the spring of 1853, Jane separated from her husband for the first time. She took their daughter Marion to her mother’s home in Lewistown, while Stephen journeyed to New York City in hopes of making his mark on the Big Apple. Jane eventually reunited with her husband, and the couple moved back to Allegheny. For several years, particularly after Stephen’s parents had died, the Foster’s lived a quiet, unremarkable and seemingly happy life. However, by 1861 Stephen was financially insolvent, and he had also taken to the bottle. Jane packed her suitcase and once again separated from her husband. She was determined to support herself and Marion, and took a job as a telegraph operator in Pennsylvania, while Stephen returned to New York. The couple kept in touch, and Jane would on occasion visit her husband. Stephen died on 13 January 1864, and Jane traveled to New York to claim the body. She eventually remarried Matthew D. Wiley, and died of burn injuries sustained in her home in 1903.