The recent tragedy in Japan is certainly affecting people everywhere. In this very difficult moment, the world at large feels sorrow for those who lost their lives and the families who have lost their loved ones in the earthquake. 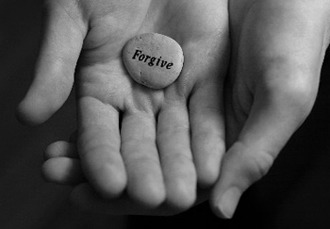 
And the Chinese certainly didn’t think the same way either. On the web, people were discussing the earthquake. Some were neutral, some sad, and – though it is a cruel thought to imagine people saying things like this – many indeed were expressing their joy, saying the Japanese earthquake was retribution for what the Japanese did to us during the Second World War.

Did those people all suffer during wartime? I believe most of them are just too young to have personally experienced that dark part of history. 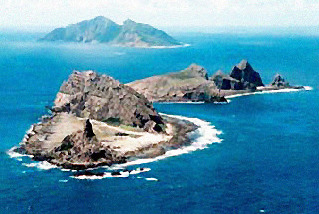 Towards the Japanese, the feelings of the Chinese people have always been complicated and far-ranging. In the music industry, I could see its impact on Japanese musicians. Often, Chinese concert halls and theatres will try to avoid or will appear reluctant to present concerts by Japanese artists or groups because of these sensitivities, particularly during controversial moments such as when news came of a Japanese minister visiting the Yasukuni Shrine. When the conflict on Diaoyu Island happened, venues one by one cancelled concerts featuring Japanese musicians. A friend of mine, who runs a local performing arts company, told me that no one dares to present concerts featuring Japanese artists because it might cause problems with government officials. And the officials are in turn worried about trouble coming from the people, considering the strong patriotic spirit of the Chinese. And the flow of public opinion is thus created. I bet in that kind of situation, no one dares to jump out to say that he or she doesn’t mind attending concerts by Japanese artists, because your attitude towards Japanese musicians is seen to reflect the extent of your love for your country. Take for example the big protest against the Japanese several years ago. The Tokyo Quartet was performing in Shanghai at the time, and the box office was a disaster. 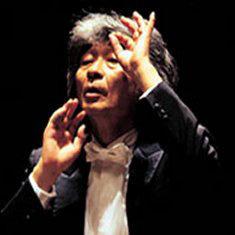 Moreover, some important official events such as New Year concerts have an internal rule – No Japanese. The first year of concerts staged by the NCPA were conducted by the renowned Japanese conductor Ozawa. I heard that in the end, the promoter had to make a huge effort to get his name approved, bearing in mind that Ozawa is actually one of China’s better known and more popular foreign musicians.

So this is how political considerations trump the arts. But no one could, or should, or would even dare to criticise the government or those people on the web. After all, what the Japanese did to the Chinese in the war was one of the saddest and most horrible moments in human history.

However, is this fair to Japanese musicians? They are more or less forced to atone for what their fellow countrymen did, and to accept rejection from Chinese promoters at any time. Japanese musicians often say that they understand, as if they deserve it, because it seems that the Japanese will owe the Chinese forever. But does that mean what we do is for the sake of justice?

And is it fair to the people who died in the earthquake? If we laugh at other people’s misfortune, how are we different from those monsters in the war?

There are occasions when we desperately need Japanese artists, often when we throw Asian music festivals and so on. We even see Japanese artists holding our artists’ hands onstage to show friendship.

I am not sure if similar circumstances are found in other countries. But as far as I can see, the English and French don’t seem to shut their doors against German musicians just for what their predecessors did in the war. There are also great musicians, including Russians from all over the world, who work with German orchestras. Children in Europe still learn about what happened in the Second World War. However, these children are learning the facts of history so that when they grow up, they will learn to understand that one should not blame people in the present for what their ancestors did in the past.

However, we Chinese are taught emotion, and we learn enmity without thinking about the why and how of it. But this hatred, whether justified or not, can only make people blind to various facts. So we are either easily offended or just prejudiced about other people. We ignore the fact that there are always good people and bad people in every nation, and the fact that beautiful achievements of humankind such as the arts and music can break the limits of national boundaries and race and bring the world together. That is in fact what we should really be focusing on – not the fact that one country invaded another, or that one human being is above another.

Certainly we cannot rule out people’s emotion and the way they see or think about things. But if a nation’s education or rules are fostering hate in their youth and teaching them to distance themselves from those from another country regardless of whether or not this is fair, how sad it is to think about the future of this nation.