Artists Behind the scenes
The Fight for Spontaneous Applause
by Maureen Buja November 7th, 2014 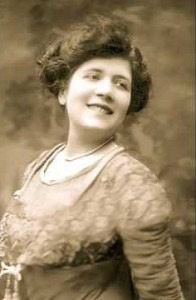 We think nothing of it – a brilliant performance and we launch to our feet, applauding madly. In the years of the claque, however, spontaneous applause was not so easy to come by. The claque, a word coming out of the 19th century French theatre, was a group in the audience who by their commotion and approval, got the rest of the audience to follow. Unfortunately, anyone who could control the claque could also control the audience. At first functioning like critics without a press, the claque was soon discovered by singer’s managers and they were paid to perform: “whenever Madame X appears, you’ll be paid to wildly applaud her every aria.” 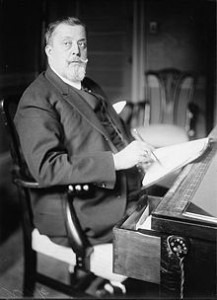 An 1886 article in the New York Times cited situation in Vienna where it was revealed that members of the Court opera and ballet regularly paid the ‘chief of the claque’ a percentage of their monthly salaries for his applause services – the article estimated that he was averaging 10,000 guiden a year, and snidely remarked that it was enough for the gentleman to have recently bought a country estate in Hungary. 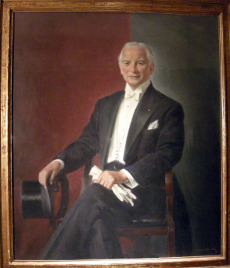 In the US, the claque was considered an institution at the Metropolitan Opera, as well as on the opera stages of Boston and Chicago, through the early 20th century. In 1911, the French contralto and leading singer at the Met, Jeanne Gerville-Réache, wrote to the New York Times in a very matter-of-fact manner in speaking of the claque and wrote that , “…gentlemen…call regularly upon artists to offer them their services and that all artists avail themselves more or less frequently of such service. The truth is that the claque plays a very useful part during the performance of a new work.” She then goes on to comment on the public’s “annoying tendency to applaud whenever there is a pause in an aria with which it is not familiar. At these times the famous s-s-sh of the professional claque is sorely needed to prevent a positive disruption.” She was angrily rebutted by Giulio Gatti-Casazza, the General Manager of the Met, who declared that the claque may exist in Europe and perhaps in other American cities, but not at the Met. 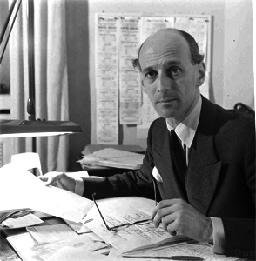 And this was Gatti-Casazza’s revolution at the Met: to get rid of the claque and to let the audience applaud on their own. Finally, by 1935, his battle was successful. With the start of the new season the claque was banished – it was estimated that the claquers earned as much as $100 weekly, with two curtain calls guaranteed for $25 and additional bows at $5. In 2014 money, this would be equal to a weekly income of $1,700. One of the steps that Edward Johnson, General Manager of the Met in the mid-1930s, took to ban the claque was to stop the distribution of free tickets by the singers. If you wanted to applaud, you had to buy a ticket; Mr. Johnson e pointed to the spontaneous applause that had greeted so many of the Met artists during the 1935 season as indicative of the success of the ban. A local tenor from Connecticut made his debut at the Met that season and nearly 1,000 people from his home town came to hear him since Faust. Mr. Johnson said that their sincere applause, even if focused on their favorite, certainly did not constitute a claque. 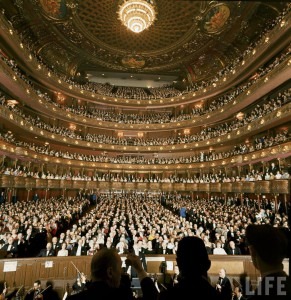 In 1954, still seeking to control the audiences at the Met, General Manager Rudolf Bing limited the number of standing room tickets from 224 to 100. That year, the opera Il Trovatore, had been particularly prone to interruption, but this time the interruptions were coming from well-meaning but uninformed amateurs. In one aria, the soprano ended with a pianissimo high tone of exquisite purity – the audience’s appreciation was spoiled by the shouts of “Bravo!” that came before she finished and the audience erupted in a shower of shhhhhs to quiet them down so the end of the phrase could be heard.

So, value your right to reward the performer of your choice with noise: be it applause or even the occasional boo. It’s one of the few victories in the performance world of taste over money.